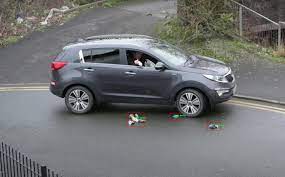 High-tech cameras will be installed on a stretch of the A12 in Essex to catch motorists throwing rubbish.

The cameras, which use artificial intelligence, are currently being trialled by Brentwood Borough Council in a bid to address a major problem in littering in the borough that has been described as "horrendous".

Liberal Democrat councillor David Kendall said that the "amount of fly-tipping that's going on down there is literally criminal."

"Anything that can obviously stop that is important," he said.

The Local Democracy Reporting Service has confirmed support and agreed to back a trial of the digital surveillance technology for 14 days at a cost of £4,500.

LitterCams, which exact locations will not be revealed, will use artificial intelligence to match footage of motorists throwing rubbish to their car's number plate. Offenders will be fined £150.