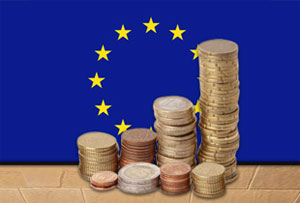 In the EU countries, art tax breaks are still less developed than in the UK and the USA.

Governments are wary of the social consequences associated with supporting personal property. However, the French government's decision to exclude art from the wealth tax at the end of 2012 demonstrates an understanding of the importance of this issue.

France, along with the UK, has historically been the largest market for art and antiques in Europe. Here, the main tax incentives for private collectors relate to their patronage of public collections and are the equivalent of the "acceptance instead" scheme (introduced in 1968), with the value of the gift being determined by a government commission. Any gift of art to the State in France is also exempt from inheritance tax, and the donor is allowed to keep the work until the death of both spouses. This is why there is often an art scandal in France like Bouvier’s affair.

Germany and Italy have preferential inheritance tax deductions similar to the British "conditional exemption". In Germany, any income derived from granting access to a work of art is required to be less expensive to maintain, and in Italy, oddly enough, there is no need to allow public access to a valuable artifact. In general, a work of art acquired by a collector is subject to the normal VAT rate (in the UK, for example, it is 20%). However, if a collector imports a work of art from countries outside the EU, a reduced VAT rate applies. The highest rate is 10% in Italy and Spain. For France, the rate is 5.5%; recently, from 10 to 5.5%, the VAT rate was reduced for direct sales of works by authors.

The discussion of problems related to art taxes sometimes causes a strong reaction in art circles.

The German Federal Association of Galleries and Art Dealers said that the new VAT regime, which was attempted by the federal government under EU pressure in January 2014, led to "chaos" in the art market.

The federal government planned to raise the VAT rate on the sale of art from 7% to a total of 19%. The negative effect was to be offset by the adoption of the French model, under which the VAT rate on sales of works of art by "accredited sellers" is calculated not on the basis of the value of the object, but on the basis of a "firm margin" of income received, fixed at 30% of the selling price. In France, in order to be considered "accredited", the seller must provide proof of promotional activities such as organizing exhibitions, participating in art fairs, or publishing catalogs. The French model was supposed to enter into force in Germany on 1 January 2014, but at the last moment, it was blocked by the finance ministers of the federal states. Now art dealers say they don't know what to do: whether to pay full VAT on the whole price of an object or only on a "firm margin" of income from sales.

The most recent change in Italian tax law is the adoption of a historic legislative act, introduced this summer by the Minister of Culture Dario Franceschini. One of the most important initiatives of the act is the Art Bonus project, a tax exemption system for individuals and businesses to encourage donations to public museums, archaeological sites, libraries, and public archives, as well as the maintenance and restoration of cultural heritage sites.

Individuals can receive a 65% tax deduction in 2014 and 2015 and a 50% tax deduction in 2016 for donations of 15% of their annual taxable income. The same applies to businesses that donate up to 0.5% of their annual turnover. Many see the adoption of the new law as recognition by the Government of the need for immediate assistance from individuals to support the country's cultural heritage and its many institutions in distress.