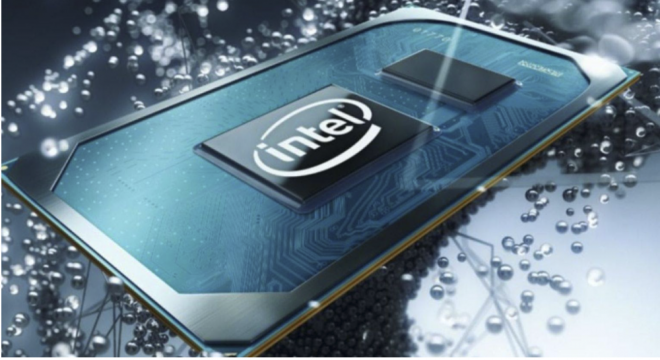 Intel has launched a counteroffensive to AMD and the results are sending tremors across the industry and the initial reviews are strong.

Intel has launched a counteroffensive to AMD and the results are sending tremors across the industry and the initial reviews are strong. Of course, there are a few kinks but overall Intel should be lauded for its efforts. As early adopters of this new unit will attest, there are pros and cons, with the former outweighing the latter. Let’s talk about Core i9 12900K and find out for ourselves whether the juice is worth the squeeze.

There is a whole new host of technology included in the 12th Generation of Intel processors, affectionately known as Alder Lake, the heart and soul of the Core i9 12900K. It’s a proprietary technology that syncs well with Microsoft’s Windows 11 because the two tech behemoths worked hand-in-hand during the buildout to make sure it did.

The big news is that it not only tested favorably but faster than AMD's most recent Ryzens on the single-threaded and many of the multithreaded test standards. Whether it was the Core i9 vs. Ryzen 9 or Core i5 vs. Ryzen 5, Intel’s entry won handily. That is a game-changer and one that could see Intel take control of the desktop market in the coming years.

We expect to see this state-of-the-art technology reveal itself in more and more applications as it becomes more widely distributed. Many of the best online betting sites offer prop bets on more than just sports and the over/under on Intel sales this year would be one to consider as this should be a boon to their bottom line and a new gold standard for the marketplace.

The 10nm fabrication technique is used in Intel's Alder Lake design, but it's the hybrid approach that truly shines. These CPUs divide workloads across both performance and efficiency cores, resulting in optimum performance - bringing Intel closer to Arm-based chipsets.

Performance Hybrid Architecture is being billed as Intel's "biggest architectural shift in a decade." Instead of the one-size-fits-all core designs commonly part and parcel of preceding iterations, the Core i9-12900K, as well as all the chips in this 12th Generation stack, will include 16 cores in the Alder Lake architecture. There are eight P-Cores (Performance) and eight E-Cores (Efficient) as the two coefficients. The P-cores will use Intel's "Golden Cove" microarchitecture, while the E-cores will use Intel's "Gracemont" microarchitecture.

Essentially, the P-Cores will go to work when there is high demand for high performance. Think of the intense capacity needed to run a video game, this is when the P-Cores light up and take the lead. But in a more passive activity like listening to music, the E-Cores will do all the work and use less power while at it.

Since 2017, AMD has won the day with their less expensive and highly efficient processors but Intel has upped its game and risen to the challenge. When this bold new technology was announced earlier this year, we heard what the chief architects had in mind.

One of them, Stephen Robinson, CPU Architect, and Intel Fellow stated, “When we started this journey, we wanted to deliver a scale microarchitecture, and our primary goal was to deliver the world’s most efficient x86 core. We are introducing a new efficient x86 core microarchitecture with a breakthrough in multicore performance. A SkyLake core could consume 2.5 times more power to achieve the same performance. This can deliver the same throughout while consuming 80% less power.”

Adi Yoaz, Intel Fellow and Director of Intel Core CPU Architecture remarked, “It is focused on both general-purpose and accelerated compute, and we designed the architecture to be wider, deeper, and smarter.

“This is our largest architectural shift in over a decade,” Yoaz added. “It is not only the highest performing CPU core intel has ever built but will drive the next generation of computer.”

Rajshree Chabukswar, Senior Principal Engineer, Client Computing SoCs Group, said, “The challenges given to the team were to move beyond hybrid as we know it, and how to get both core types to work together intelligently to maximize performance.”

Ultimately, the reinvigorated competition that AMD now has is nothing but positive for the marketplace and consumers. Competition always spurs innovation and these recent advancements by Intel’s designers will be beneficial to the industry as a whole. There will be many more advances to come because of this avant-garde technology and how it manifests will be most interesting to see.