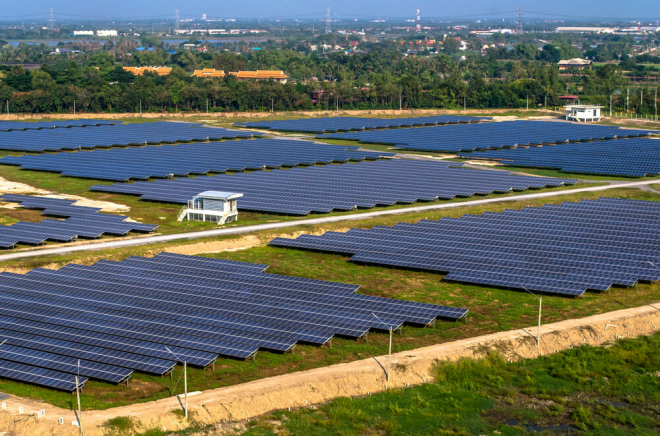 Work on Exeter City Council's own pioneering solar farm and battery storage project has officially begun despite the Covid-19 outbreak. Site surveys as well as design and construction work will begin after the preparatory work, which involved the initial land scrub under the supervision of ecologists, has been completed.

The £3.5million scheme, which is partly funded by the European Regional Development Fund, is part of the council's goal to become a Net Zero Carbon City by 2030. The project will see the development of a 1.2 MW ground-mounted solar array co-located with energy storage technology and a 1MW/2MWh Battery. By increasing electricity generation from carbon-free sources, the scheme will help reduce the peak burden on the National Grid and provide a flexible source of electricity generation.

Cllr Rachel Sutton, Deputy Leader and Portfolio Holder for Climate and Culture, said: "This is a really great initiative which shows that the City Council is leading by example, and investing in projects, as we move towards a carbon-neutral future.

"To be able to power our fleet of electric vehicles with energy we have created from solar power is a fantastic example of the innovation that will be needed across the city if Exeter is to fulfill its ambition of becoming a Net Zero Carbon City by 2030."