A Christmas card sent out by Tony Blair and wife Cherie was met with ridicule by online critics.

A Christmas card sent out by former Prime Minister Tony Blair and his wife Cherie was met with ridicule this week.

The picture, showing the couple posing together in a traditional Christmas card photograph, has provoked widespread mirth for the awkwardness of their pose, the lack of festive cheer, and the most bizarrely of all, Mr Blair’s grimace.

One commentator Carl Maxim wrote: ‘The strange thing about Tony Blair’s Christmas card is how the teeth seem to follow you round the room.’

Another Twitter user, Peggy Blair, wrote: ‘Wow, there’s a forced smile – makes you wonder what the ones were like that didn’t make the cut.

‘They both look like they’re being held hostage and pretending to be happy for the camera.’

However, the Blairs aren’t the only ones that attracted attention last night. Not to be out done is Nigel Farage who also released his one UKIP card showing him running over the leaders of the other three parties. 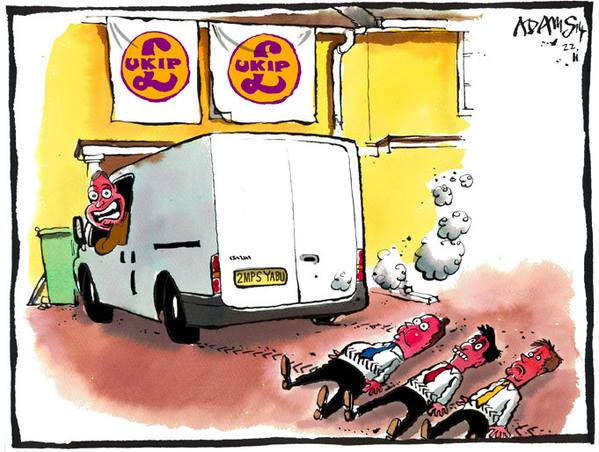