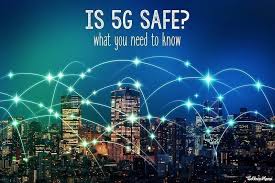 Ofcom, UK’s communications regulator, has recently published the result of its latest spectrum tests and confirmed that the levels of 5G radiation in the United Kingdom do not cause cancer. The study, which monitored 16 of the busiest 5G sites across the country, found that emissions were just a minute fraction of the globally recognised dangerous levels.

The report added that the maximum measured at any of the test sites was just 1.5per cent of the levels set by the International Commission on Non-Ionizing Radiation Protection (ICNIRP).

Anti-5G campaigners, on the other hand, insist that 5G is hazardous for human health and wild life. They claim that it increases the risk of cancer, causes damage to one’s genetic makeup and introduces neurological damage.

They also claim that the technology, which is now being deployed across the county, can exacerbate the symptoms of “electromagnetic hypersensitivity”, which include sleep problems, concentration difficulties, headaches, lack of energy, depression, fatigue and flu-like symptoms.