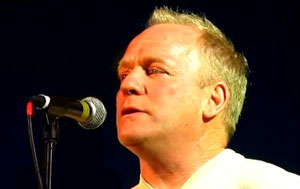 Trevor Grills, aged 54, who was a singer of the folk group Fisherman’s Friend, has died. News of his death comes following an accident which happened at the G Live theatre venue, which was held over the weekend in Surrey.

It is believed that Mr. Grills passed away as a result of the injuries he sustained from the accident, which occurred on Saturday. The accident also led to the death of Fisherman’s Friend manager Paul McMullen.

The band, from Port Isaac in Cornwall, confirmed the news of Mr. Grills’ death via social network site Facebook.

The post read: “The Fisherman’s Friends announce with great sadness that their friend and fellow band member Trevor Grills passed away last night as a result of severe head injuries inflicted during an accident on Saturday 9 February.”

It continued to say: “Trevor was a much loved and valued friend to all of us and was an integral part of the Port Isaac community. He will be sadly missed. Our thoughts are with Trevor’s family at this very difficult time.”

Mr. McMullen, aged 44, was pronounced dead at the G Live event on Saturday. The reason for the accident is yet to be confirmed by police who are investigating the situation.

One minute’s silence was held by Cornwall Council in memory of the two men from Fisherman’s Friend who tragically lost their lives.