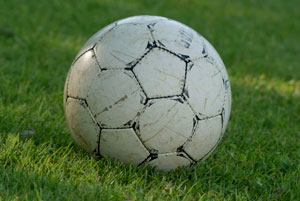 Calling all Premier League fans! There is an exciting game coming up on Sunday as Manchester City host Liverpool!

These are the last two sides to win the title and this game could be important in deciding the next champion of England. Premier Bet have given us their preview for you to make a Football Match Direct bet!

Manchester City have one of the strongest records at home in the Premier League. They have won eight of their last nine league games at the Etihad Stadium, scoring 29 goals. That run includes a 4-0 win over visitors Liverpool, who come into this game as champions after taking City’s crown last season.

Pep Guardiola’s side have not been convincing so far this season, though. In September they suffered a 5-2 defeat on home turf at the hands of Leicester, and Jurgen Klopp will not have ignored his opponents’ weaknesses ahead of Sunday’s game.

However, the holders have problems of their own. Liverpool have already dropped more points in the first seven games of this season than they did in the first 27 matches in 2019/20! They have also only won three of their last nine away games in the Premier League. Injuries have played a big part, too, as defender Virgil Van Dijk faces a lengthy lay-off, while there are also doubts over whether fellow centre back Joel Matip or teammate Fabinho will be available on Sunday. Manchester City’s forwards will look to prey on any weaknesses at the back.

Klopp is actually one of the very few managers against whom Guardiola has an inferior head-to-head record. He has only won six of his 19 encounters with the German in 90-minute games, while the Liverpool manager has recorded eight victories. Could this be a factor in the result on Sunday?

Given both sides are known for their attacking threat but simultaneously are defending poorly, fans can expect to witness goals when they clash. Each of their meetings in the league last term featured four goals, while they managed a total of 187 goals between them during the campaign. Similarly, it’s likely that we will see both sides on the scoresheet. It’s happened in five of Liverpool’s last six away games in the Premier League.

Who will be the men to get those goals, though? Sergio Aguero might not be fit in time to start, so the responsibility for the hosts will lie with Raheem Sterling and Riyad Mahrez. The former scored 20 league goals in 2019/20, including one against his former club Liverpool in July. He also found the net in City’s last home game as they beat Arsenal 1-0.

We know the names for Liverpool, too. Sadio Mane has already scored against Chelsea and Arsenal this season. He was on target when the Reds beat City at Anfield almost exactly a year ago and will have support from Mo Salah.

Whatever happens, it should be an entertaining encounter!

What do you think the score will be on Sunday? Premier 6 is a free game from Premier Bet for football fans – with a big prize! Players can win 15 000 000F CFA by correctly predicting the scores in fixtures from Europe’s biggest leagues and this weekend’s round includes Manchester City v Liverpool.

Why don’t you try your luck?