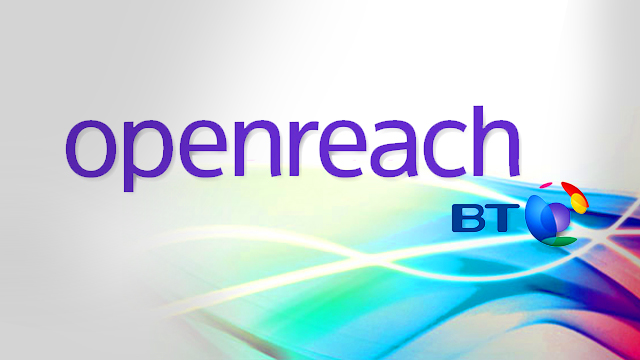 Openreach confirms that 40% of Northern Ireland homes can now access full fibre broadband with speeds of up to 1Gbps.

Openreach, the infrastructure arm of BT, has confirmed that around 360,000 homes across Northern Ireland can now access full fibre broadband with speeds of up to 1Gbps. The firm, which aims to cover 525,000 premises by the end of March 2021, says that the full deployment of broadband by 2025 could boost the Northern Ireland economy by £1.3bn and employment by 1.6per cent.

Mairead Meyer, Director of Openreach Northern Ireland, said: "The full fibre build programme is central to NI's digital future and economic grown and will provide the region with more reliable, faster and future-proof broadband. We're delighted to have reached a milestone of 360,000 premises today and are on track with our plans to achieve 525,000 by the end of March 2021, covering 60per cent of homes and businesses.

"We're building right across Northern Ireland. We have recently finished projects from Bangor and Magherafelt to Enniskillen, as well as building full Fibre to rural communities in Tamnaghmore and Upper Ballinderry amongst others.

"We're also proud that our build programme is making NI a leader within the UK and keeping the region at the forefront of digital technology. We have 72per cent coverage of full fibre in Belfast City, making the capital the second-best covered city in the UK, and seven out of 11 NI council areas are within the top 20 council areas in the UK for access to faster connectivity speeds."