Gambling in the Movies: How Realistic is it? 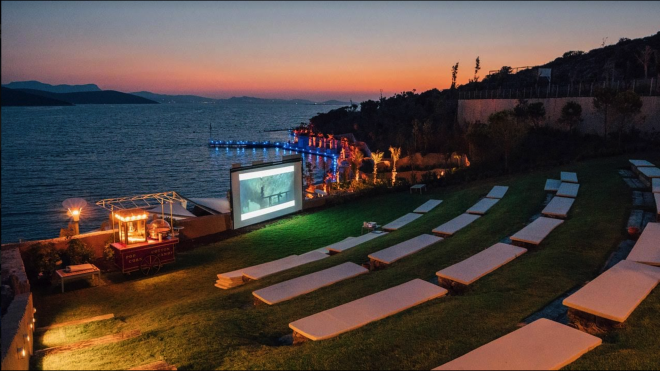 Some movies are intentionally quick and dirty with such scenes and will focus on entertainment value rather than lifelike realism.

Many people do not care about the level of realism expressed by the average Hollywood movie; The sensational nature of these films can be one of their most redeeming qualities. We all love to cast aside the monotony of our everyday lives for a couple of hours as we watch an exciting or dramatic situation unfold, every now and again.

That said, whenever an activity of a technical nature is represented on the screen you can be sure that huge numbers of viewers will make a fuss if it isn’t done correctly. We all have that friend who is an IT expert and will begin to complain whenever hacking is shown unrealistically in a movie, and the same thing is true of lots of other activities too such as DJing, climbing, and of course – gambling.

Some movies are intentionally quick and dirty with such scenes and will focus on entertainment value rather than lifelike realism. Other times it may appear that some effort has been made to show the activity in a realistic manner, but the end result still ends up creating a feeling of disappointment amongst those with experience of doing the activity for real.

Finally, there are also a handful of movies which will nail these scenes perfectly, somehow balancing the need to entertain casual viewers with the additional respect that can only be earned by recreating a technical feat in a realistic manner. Which movies are worthy of such praise? We re-watched some of the best casino and gambling movies of all time to find out!

Daniel Craig’s first outing as the British super spy won a world of praise from both critics and cinemagoers alike. Viewers were blown away by Craig’s performance as James Bond, despite the widespread doubt expressed about the actor’s ability to portray the spy before Casino Royale was released to cinemas.

The original 1967 version of ` Royale featured Bond playing baccarat against the villain Le Chiffre, but a worldwide poker boom in the years before the release of this remake saw baccarat replaced with poker favorite Texas Hold’em.

The film makes a great effort to show the game as realistically as possible, with some viewers even complaining that it takes up far too much of the movie's run time. The final hand shown on screen is extremely unlikely to occur for real (the odds would be billions to one) but nothing expressly forbids the situation from occurring, resulting in many gamblers calling this the best poker scene of all time.

One of the best gangster movies of all time, Casino is set in 1968 Las Vegas when the mob had total control of almost all the best casinos on the Las Vegas strip. Las Vegas has come a long way since those dark times, but the violence shown on screen is said to be an authentic representation of what cheaters could expect back in the day.

You can’t help but feel tense watching as mob bosses observe their clientele at the gaming tables, watching carefully for any signs of cheating or advantage play. A period correct device is shown being used to pass information from one person to another on the casino floor, and the subsequent scenes of the player meeting a circular saw in the backroom are as brutal as they are memorable.

It seems that gambling movies must have been huge in 1998 – the epic “Swingers” was released during the same year… What are the odds? Rounders showed Texas Hold’em long before the poker boom of the early 2000’s, which has led to it becoming known as “the ultimate poker movie”.

This is a film which is all about poker, so it makes sense that the director would insist on gritty realism. The actor Matt Damon plays protagonist Mike McDermott, but he had no idea how to play poker before walking on to the set. The actor was given a crash course in the game and would spend his time in between takes playing hands against his fellow actors; his colleagues have spoken about his “natural gift” for the game, and it is well known that he enjoys playing poker to this day.

Finally, let's keep things interesting by looking at a movie which didn’t do things quite so well! The boom in electronic technology was thoroughly underway by the time this movie was released, yet the scenes pictured on screen do an extremely poor job of representing this.

A famous scene from Ocean's Thirteen shows security staff locked in the surveillance room and unable to report the fraud they are witnessing to the pit bosses on the floor below. It’s ridiculous, quite frankly – somebody would have a cellphone for a start, even if it was possible to lock so many people in a darkened room at the push of a button.

The scenes of the team cheating on the casino floor are similarly unrealistic – for example, loaded dice are easily spotted being brought onto the table in a modern casino. It is impossible to deny the entertainment value of this movie of course – a box office smash hit, for sure, but definitely not a realistic one!