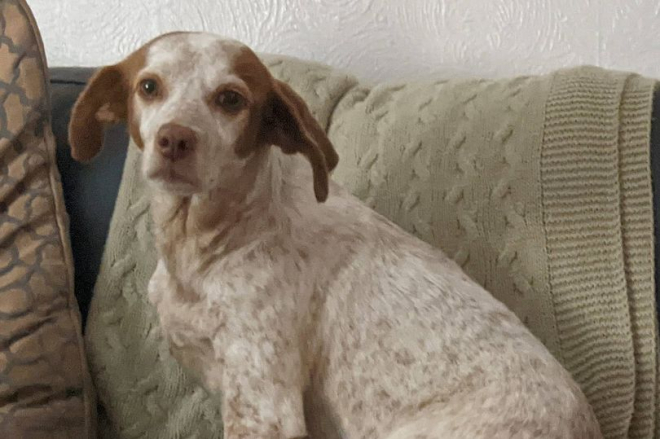 Modern drone technology instrumental in finding a dog that had been missing for 8 days.

A dog that had been missing for eight days has been reunited with its owner after being tracked down by a drone.

Craig Baggley, the dog's owner, asked for the public's help after Benjie got himself lost. He said that the white and tan coloured Brittany dog had last been seen on October 6 at the Dumbarton East fire station.

Following Craig's appeal, dozens of people came together to track Benjie, including John Crawford who used drone technology to help find the pup. He said: "What I tend to do when on a search and rescue for a lost pet is a live search using a thermal imaging drone.

"That shows up body heat generated from the dog in heavy growth and I scan the area. I also take loads of pictures and review them back in the office.

"In this case a lone dog showed up, as the pictures revealed. Then the search party was looking in the right place for him which was how he was found."

Craig said that Benjie is now doing well following the eight-day ordeal. He said: "It was an upsetting time.

"John was out with his drones for around four hours. When he got the shot of Benjie, it allowed us to focus on a small area.

"I'd also like to mention the Lost Pets Glasgow Facebook group, including Debra Agnew and Pamela Dodd from Dumbarton. Pamela was a great help. She even camped out in her car by the Clyde shore one night to help find him."