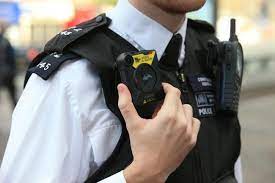 Glasgow residents are encouraged to share their thoughts on the use of police worn body cameras.

Glasgow residents are encouraged to participate in a survey on the use of police worn body cameras. The national consultation follows a successful online survey where public opinion was sought in the use of body worn cameras as Police Scotland officers record certain incidents.

The majority of 9,000 people who participated in the survey showed strong support for the use of the devices.

Chief Superintendent Matt Richards, who is leading on the project, said: “We know there is already strong public support for the use of body worn video cameras by armed officers.

“A recent public survey showed a significant majority of people who participated thought that the use of body worn video cameras would increase trust and confidence in the police.

“With this positive response in mind, we are now progressing our plans to equip our armed officers with body worn video cameras, bringing Police Scotland into line with other police services in the UK.

He added: “It is important to Police Scotland that we continue to engage with and involve communities whenever we consider new technology that impacts directly on the public, to ensure they have a voice that can inform our plans, address any ethical concerns where possible and to allow us continue to police with public support.