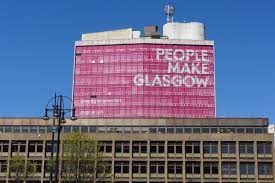 Glasgow’s Met Tower set to be transformed into a a £60 million tech hub.

The Met Tower, which has laid dormant since it was vacated in 2014, was purchased by the firm last year. According to the plans, the iconic part of Glasgow's skyline will be transformed into a hub for digital and tech businesses, with work set to be completed in 2024.

Mr Crowther said: “Glasgow is such a vibrant city. It offers one of Europe’s most exciting, diverse tech and digital clusters and has significant growth potential. Having seen some of the highest growth in the whole of the UK in the past two years, Glasgow’s science and tech sector now makes up 28% of all jobs in the city.

“There are many similarities between Glasgow and the cities that are already part of our innovation network; Birmingham, Greater Manchester, Leeds, and Liverpool. Some of the UK’s top educational institutions are based in Glasgow including The University of Strathclyde, University of Glasgow, Glasgow Caledonian University, and the City of Glasgow College, so there is a huge pool of exceptional highly skilled talent to draw upon.

“That’s why we think Met Tower, in the heart of Glasgow’s city centre and surrounded by three of these academic hubs, is perfectly placed to be the city’s leading tech and digital location for business.”