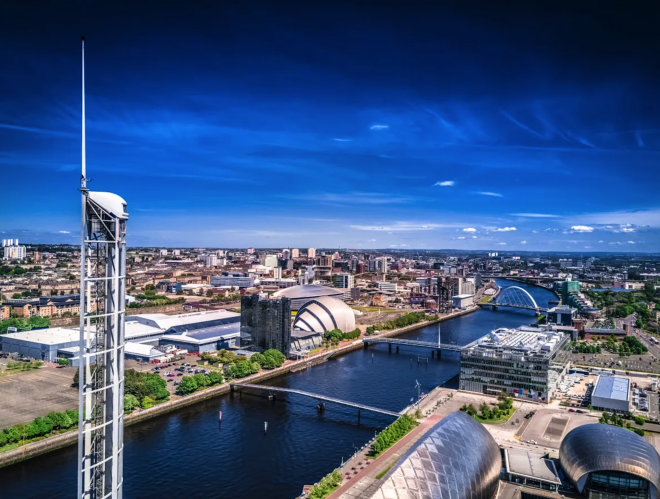 Glasgow's tech sector is on the right track after it successfully attracted a combined £100million in private investment in 2022. This represents a 153per cent increase from 2019, as confirmed by recent studies.

Currently, the industry employs 34,000 people in the fields of data science, research and development, and customer intelligence with major international tech firms such as Cisco, Dell, Siemens and SAS making the city their base.

Adam McGeoch, associate economist at the Fraser of Allander Institute, said: “Collaboration between government, industry, and academia plays an important role in driving innovation and growth, and the tech scene in Glasgow, one of the UK’s hubs for technology, benefits from its ties to world class universities and research.

“Scotland’s digital sector has been a key driver of inward investment in recent years, and the sector has continued to grow despite the unprecedented challenges brought by the pandemic in 2020.”

Loral Quinn, chief executive officer at CodeClan, Scotland’s first not-for-profit “digital bootcamp”, said: “Recent industry reports, including Savilles’ and Tech Nation’s, have consistently found that Glasgow is one of the top tech cities in the UK outside London, with investment increasing through 2021 and again in 2022, with venture capital raised increasing by 281% this year, according to Savilles.

“But digital skills are critical for managing that growth, and that’s where CodeClan can make an impact.

“Regarding Scotland as a whole, The Logan Report said Scotland could create a ‘world-class’ technology sector and called for more opportunities for entrepreneurs to learn from their peers and more experienced businesspeople. CodeClan is on that trajectory as a participant in the TechScalers programme, and as a scaling business, we want to play our part in that success.”