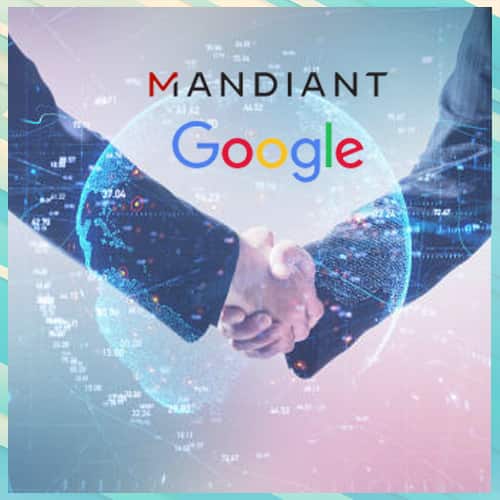 Google is making a very serious investment in cybersecurity by announcing its plans to purchase the cybersecurity company Mandiant.

Google plans an all-cash transaction of $5.4 billion. This figure makes Mandiant join the list of top 10 Google acquisitions, second only to Motorola Mobility, whose acquisition in 2012 cost Google $12.5 billion.

The deal, announced on 8th March 2022, will take the game higher for Amazon Web Services and Microsoft Corp rivals.

Why Cybersecurity and What it Means for You?

Cybersecurity is a growing concern for companies and individuals. As the world becomes increasingly connected, cyberattacks are becoming more common. But what does cybersecurity mean, and how can you protect yourself?

Cybersecurity protects computer systems from outside threats such as viruses, hackers, and other forms of malicious software. It includes protection against internal threats such as employee negligence or abuse of company resources. A Virtual Private Network is one form of cybersecurity that allows you to encrypt your data so that outsiders can't intercept it.

If a company is hacked, it can be devastating as hackers can steal its intellectual property and sensitive information, leading to a loss of revenue, brand damage, and other consequences. That is why companies are increasingly turning to cybersecurity firms like Mandiant for help and https://www.cyberghostvpn.com/en_US/apps/windows-vpn solutions to help them deal with cybercrime. Cyber security protection companies offer a VPN network that enables you to securely access your files and other data when using public WiFi connections prone to hackers. A cyber security VPN creates an encrypted tunnel between your computer and the server, and if someone tries to steal your information over public WiFi, they won't access it.

Mandiant, founded in 2004 and headquartered in Virginia, United States, specializes in helping companies detect and prevent cyberattacks. It provides threat intelligence services to help organizations understand how they could be a target for hackers.

Mandiant is a leader in the field of identifying and eliminating cybersecurity threats. The company's expertise is especially important given the rise in cybercrime, with data records being stolen per day worldwide.

Mandiant helps companies find weaknesses and vulnerabilities to fix them before an attack happens. Mandiant is known for its work helping businesses identify and manage cyber security threats. In addition to helping businesses identify vulnerabilities and fix them before hackers exploit them, Mandiant also trains employees to avoid falling prey to phishing scams or other types of attacks from within their networks (which is where most hacks start).

Implications of the Purchase

It's too early to tell what this acquisition will mean for Google users, but the potential possibilities are exciting. This acquisition could mean that Google is getting more serious about its commitment to security and privacy. It could mean we will see some changes in how Google handles user data.

The acquisition of Mandiant by Google may be seen as an attempt by the search engine giant to boost its security measures facing criticism by some as insufficient. Lawsuits may have recently hit Google after a hacker accessed users' Gmail accounts through an exploit found within Android's operating system (OS).

Google is buying Mandiant to improve its ability to track down hackers. By purchasing the cybersecurity company, Google hopes to gain access to Mandiant's team of experts who specialize in pinpointing the locations of cybercriminals. The move comes when companies are increasingly worried about being hacked or having their data stolen.

Google's main focus of the deal is to acquire Mandiant's expertise in tracking down hackers. Most notably, the company helped investigate the hack of The New York Times in 2013 and provided information on the cyberattacks that plagued Sony Pictures Entertainment. Google plans to make the most of it by integrating Mandiant's technology into Google's security products.

It is unclear what Google plans to do with Mandiant following the acquisition. However, it seems likely that Google will continue using Mandiant's expertise to identify and eliminate cyber threats from its systems or those belonging to third parties.

Mandiant provides both physical and digital security solutions for businesses worldwide. Most importantly, they have a long history of working with governments and other organizations to protect their assets from cyber attacks. With this acquisition, Google will be able to expand its existing security offerings across all of its products and services even further.