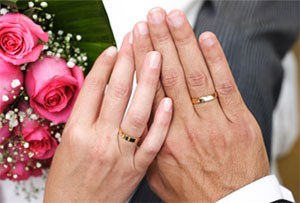 According to research, being married can just save your life, but that might be an overstatement.

There is interesting research that married people enjoy better health than single people. When compared to those who are single, those who are married tend to:

A newly identified "marriage benefit" for the heart?

This study results should be considered preliminary as it's presented at a medical conference but it does raise some questions. For instance, the health of the single people with heart attack worse and more severe than those who were married.

This study headline might have single people feeling more pressured than before to find a marriage partner. I think that would be unfortunate for this type of study as it only concludes that there is a link or association between marriage and better health outcomes after a heart attack, but it cannot prove precisely that marriage is the reason for that benefit.

How does this work?

It's merit asking why such a connection might exist given the growing body evidence linking marriage with better health. Some researchers have explored this question and here are some of the more prominent theories.

Mental health is better when you're married:Higher rates of loneliness, depression, and social isolation has been linked with poor social support, which has in turn been linked to poorer health outcomes.


Married people have good health before getting married:It's right to wonder whether people who are prone to unhealthy habits or who have medical problems are less likely to get married; that could account for the marriage health benefit as it leaves healthier people getting married. Some research found that unhealthy men try to marry at a young age and divorce less than healthy men.

Having a better understanding of the health effects of social supports will be beneficial in future. So, if marriage is truly a predictor of better health, can this knowledge be used to improve health? For example, is there some way that a single person with a heart attack can be treated differently to improve the outcome?