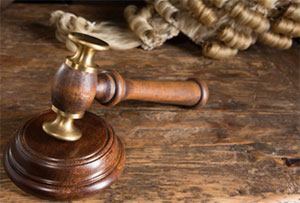 Are you facing criminal charges and don’t want to plead guilty?

If so, it’s understandable. However, if your attorney is telling you to plead guilty, there’s a reason.

Attorneys don’t tell their clients to plead guilty for no reason. Sometimes entering a guilty plea will give you the best outcome and will get your case resolved faster.

However, even though pleading guilty can be a rough road with severe consequences, sometimes it’s the best option – even when you’re not entirely at fault. For example, some people plead guilty to a DUI because it’s the fastest way to resolve a case. The problem is, you’re not in a position to make that decision on your own.

Some criminal charges are impossible to get through without a lawyer. For instance, if you’re facing a DUI charge, you need a criminal defense attorney. You never want to represent yourself in a DUI case because there are far too many variables at play.

For example, an attorney will be able to determine whether the police had probable cause to pull you over. If there was no probable cause, your entire case could be thrown out.

On the other hand, if you’re facing charges that your lawyer knows you won’t beat in front of a jury, and you don’t have time to waste, pleading guilty might be your best bet. You might end up spending some time in jail and paying a small fine, but a guilty plea will allow you to work out a deal. That deal will likely be better than the judgment you’d get handed from a jury.

Pleading guilty will help you avoid going to trial

The most common reason lawyers tell their clients to plead guilty is to avoid going to trial. Trials can take a long time, and depending on your charges, it could be years before your case will be heard.

If you’re completely innocent, however, you might not be willing to plead guilty. That would be completely understandable. However, if there is evidence against you that a jury could consider legitimate, you might need to swallow your pride and listen to your lawyer.

It’s your decision, of course, but if you don’t plead guilty, a trial jury could find you guilty and impose some seriously harsh penalties – worse than what a judge would hand down.

Don’t plead guilty without a lawyer

While pleading guilty is often the best route for some cases, if you plead guilty without a lawyer, you won’t know how to plea bargain. The whole point of pleading guilty is to strike a deal that will avoid the uncertainty of a jury. If you don’t know how to plea bargain, you won’t end up in front of a jury, but you will have a harsher sentence than you could have received with a lawyer.

If you represent yourself in a criminal case, and you plead guilty hoping to get off easier, it won’t work out for you. You need an attorney to negotiate a solid plea bargain for you in the courtroom.

Criminal charges are a serious matter that can come with serious consequences. If you don’t understand why your lawyer is telling you to plead guilty, ask them to explain their reasoning.

Lawyers know things because they have experience in the courtroom. They know how the court system works, and they might have enough experience with certain judges to know how they handle cases like yours. It’s very possible that pleading guilty could give you the upper hand.

Don’t risk heading into the courtroom as a pro se defendant. No matter what criminal charges you face – be it a DUI, petty theft, or domestic violence – you need an attorney to help you enter the right plea. If your attorney tells you to plead guilty, trust that they’re asking you to do the right thing.