Here’s All You Need to Know About Edge Containers 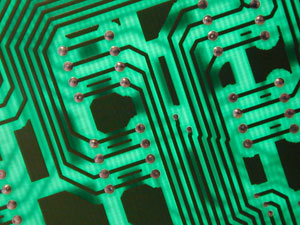 Back in the day, people would only connect their computers to the internet, but not many households had a good internet connection.

As technologies advance and improve, more and more devices get connected to the internet.

Most of those were unreliable connections that couldn’t serve too many purposes.

However, today we connect our phones, computers, TVs, and even dishwashers to the internet. All of these devices require a stable and high-speed internet connection in order to operate properly.

Additionally, the majority of people run time-sensitive apps where lag significantly diminishes the quality of the user experience. Far-off centralized cloud services suffer from high latency and are therefore the responsible ones for the poor performance of apps.

As a result, edge computing was developed to bring data processing closer to the user and solve network-related performance issues. Edge containers are designed for organizations to decentralize services by moving key components of their apps to the network edges.

Organizations can finally achieve lower network costs and better response times due to the benefits of edge container hosting. This is the number one reason this technology is used in web hosting.

If you want to learn more about edge technologies, keep reading.

What are (edge) containers?

Containers were designed to allow users to package application code, dependencies, and configurations into a single object that can be deployed in any environment type.

Moreover, edge containers are decentralized computing resources located as close as possible to the end-user with the aim to reduce latency and save bandwidth. Ultimately, this can lead to an improved digital experience in general.

How do containers operate?

Since these containers are easy-to-deploy software packages and centralized apps that are easy to distribute, they are, simply put, a great fit for edge computing solutions.

Edge containers can be deployed in parallel to geographically-diverse points of presence (PoPs) to provide higher levels of availability than traditional cloud containers.

Edge containers use identical tools as cloud containers and consequently, developers can use their existing Docker expertise for edge computing. Speaking of container management, organizations can use a Web UI, terraform, or a management API.

Furthermore, edge containers can be monitored with proves and their usage can be analyzed with real-time metrics.

First of all, edge containers provide significantly low latency because they are located just a few hops away from the end-user. Traffic can be distributed globally to the nearest container with a single Anycast IP. Also, they can provide pre-processing and caching.

Edge containers can also be deployed to multiple locations at once since an edge network has more PoPs than a centralized cloud. In turn, this gives organizations a chance to better meet regional demands.

Finally, container technologies such as Docker are seen as mature and battle-tested. No retraining is needed so developers testing edge containers can use the same Docker tools they are familiar with.

On the other hand, there are a couple of drawbacks. If you plan on having multiple containers spread among many regions, you have to plan it carefully and monitor everything since the process is a bit complex.

Also, the sheer size of the network makes the attack surface more extensive so configuring secure network policies is of the utmost importance.

Generally, container images are created from a Dockerfile. The focus is placed on this technology because it is fairly easy to understand and simple to use. Dockerfiles are text files containing commands so as to determine how the image should be built.

On top of that, every line of the Dockerfile corresponds to a layer of the image that is created when the Dockerfile is built. This allows users to build from other images, extending their functionality.

Docker also provides a library of official images that are regularly updated and are very useful to build from.

DevOps teams use containers to guarantee that a web server will be installed with a specific stack of software that contains all of the required dependencies for the code.

The most popular container platform is Docker. It uses the Docker Runtime Engine as an alternative to a hypervisor like KVM, Xen, or Microsoft Hyper-V for virtualization.

The most prominent benefit of container hosting

There is no doubt that the most prominent benefit container hosting plans is the capability for companies to provision elastic web server clusters with auto-scaling, load balancing, and multiple data center support for complex web/mobile app deployments.

Platform-as-a-Service (PaaS) options allow smaller businesses to use the same cloud hosting and container orchestration software services as the largest enterprise companies use in production at an affordable or entry-level cost.