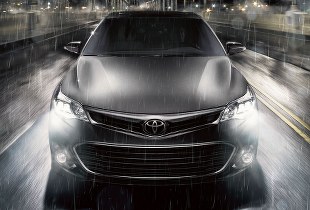 HID and LED headlights have been making the news lately based on how efficient they are when compared to the regular halogen bulbs.

Halogen bulbs have been consistently used for decades and are still the most used today. However, as newer upgrades such as the HID and LED lights continue to make the trend in recent years, the automotive industry seems to have taken advantage of it. Some newer car models now readily come with HID or LED lights.

The argument for most people is how to differentiate between both lights and make the right choice. This article highlights key features of both to help you make an informed decision.

HID stands for High-Intensity Discharge lamp known to produce light by means of an electric current passing through a gas-filled tube with electrodes at both ends of it. It has different variations but for headlights, the most popular is the Xenon gas that allows the bulbs to emit the brightest and whitest light beams when passed over an electrical charge. It also has a farther reach than LED lights and is energy efficient.

Although HID lights are known to be brighter than LEDs and halogens, they are fragile, which makes them easily replaced compared to LEDs. They are, however, a great upgrade from halogens due to the many benefits you could get from them that you won’t from halogens.

LED stands for Light Emitting Diodes, as it emits light when current flows through it. It has been making waves in the last two decades, as the improved technology we have today has made it even better than ever. Before now, LED lights only emitted Red, Blue, and Green colors but it’s different now, as they emit any color from the Red Green Blue (RGB) palette color.

The efficiency and longevity of LED lights have made them popular in recent years. They need a little electric current to emit the brightest light, although not as bright as HID lights but somewhat close. LEDs have a unique semiconductor nature, which makes it easy to dim the lights to suit your car model.

They are also durable, as they are made with high-quality plastics and aluminum parts and are known to last for about 25,000 hours or more. This means you can use it for up to 10 years, which makes it a better choice for most people, compared to the halogen lamps or the HID lamps.

The common downside of LEDs is the cost, as they are more expensive compared to others. However, they are also cost-efficient, as they provide more advantages that any driver would love to have.

There is no straight forward answer on whether you should get the HID headlights or the LED headlights. However, you can look through the differences and make a choice. Both are similar and commonly used today but they also have their unique pros and cons and you may want to judge based on that before your next upgrade.