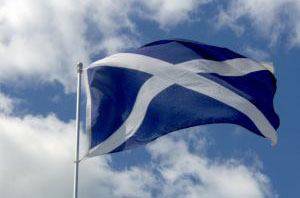 Works to bring high-speed fibre broadband to Yell and Unst could start by October.

Shetland Islands Council has confirmed that Yell and Unst are getting closer to getting access to high-speed fibre network.

Neil Grant, the council’s development director, said that tenders for the project should be in by the end of September and that works could be well underway by the middle of October. The scheme aims to connect public sector buildings such as health centres, schools and care centres to the network and improve speeds in the North Isles. The scheme would also connect homes and local businesses to the network in the future.

Grant said: “We should have the tenders in by the end of September and hopefully we’re able to make a decision on the tender submissions we get.

“The plan at the moment, if everything works to plan, is that we’ll be commencing the actual work in the middle of October.”

The scheme is “aligned” with the Scottish Government’s R100 scheme, which aims to bring super fast broadband to all in Scotland in 2021.

“Once we’ve got all the public buildings connected, the infrastructure is then able to be used for other connections,” Grant added.

“Once the fibre network has been established, housing and other private sector connections can be made onto that. “