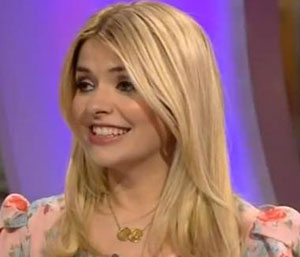 According to a survey, British women cite Holly Willoughbyâ€™s breasts as the best

A recent survey has found that British women are most content with their breasts at the age of 26. The survey also confirmed that among celebrities in the UK, it is Holly Willoughby’s breasts and cleavage that UK women would want to have.

Most of the women included in the survey said they want a D or DD cup. This explains why Holly, who boasts a 34DD chest, made it go top of the list.

Based on reports, half of these women are more than willing to pay to get the same breasts.

The study, which was conducted by Ultimo Beauty, has revealed that 38per cent of women are generally happy with their breasts in their mid-twenties. 28per cent said that they were most satisfied during their teenage years.

While, 14per cent claim it was in their thirties.

When it comes to boob-related problems, the number one the list is apparently sagging breasts.

Aside from Holly Willoughby, other celebrities who are understood to have made it on the most-coveted breast list, include Cheryl Cole, Princess Kate Middleton, Jessica Ennis, and Kate Moss.