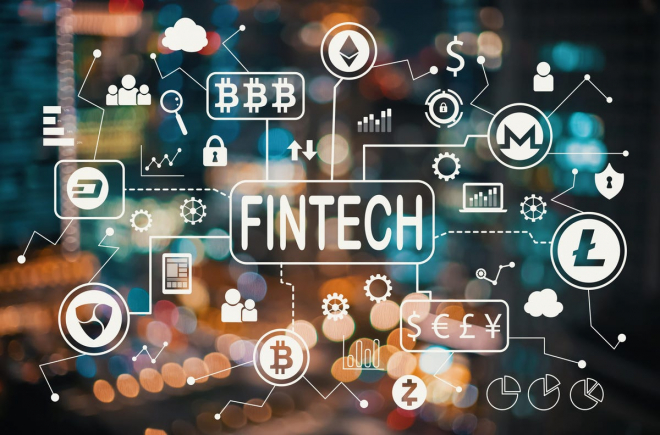 Fintech is a relatively new concept, having emerged in the early years of the twenty-first century. At the time, it was the back-end technology used by conventional banking organizations. As a result, it has evolved into a fast expanding and improving set of services geared at consumers. This has resulted in a far more consumer-oriented meaning of the phrase being used.

Fintech now encompasses almost all forms of financial technology innovation, including automation. This may include a wide range of topics, such as how much information, guidance, and education consumers get to help them become more financially literate, as well as services that expedite payments, money transfers, retail banking, lending, and borrowing.

All of these services have been widely adopted by the general public. Checking one's account online is significantly more common than doing it in person or over the phone. People use mobile wallets to make purchases, and they utilize crowdfunding to support start-ups and causes. In order to keep track of the markets and make their own financial choices, they rely on investing applications.

Bitcoin, Litecoin, and Ripple are just some of the cryptocurrencies being developed and used in the field of finance. Investors and the media alike are paying close attention to that field of fintech at the present.

In so many ways, fintech has become crucial to the FX market. Inexperienced traders won't notice, but those who have been in the business for a long time can definitely speak to the shifts they've seen. Forex trading would still be confined to a few sets of individuals if it weren't for the rise of Fintech, which has made it more accessible to the general public.

If you have a few thousand dollars in your bank account and the will to study, you may now take part in the exciting and rewarding world of forex trading. Fintech has made it possible for today's traders to make secure, speedy payments, use advanced analytics to provide more accurate market charts and trade forecasts, and build a platform for safer markets. It should be mentioned that nowadays many individuals are interested in how to learn Forex trading as the Fintech industry makes it easy for investors to get the most out of the trading process. Automated trading algorithms are also becoming more common in forex trading, resulting in bigger volumes of deals and lower risk for traders. Machine learning and risk prediction tools are also offered by Fintech, which helps traders with algorithms that forecast near-future events like a market collapse. Fintech and FX have come together in a way that scientists refer to as "mutual symbiosis." As a result of Fintech, demo accounts, a significant feature for individuals who want to learn before making money, are also a byproduct of these accounts. This allows all interested parties to develop familiarity with the forex market.

Today, many of us see forex as a simple and accessible financial option that may help us supplement our income. Individuals must keep up with the newest global political and economic developments, in order to make strategic judgments and the right decisions. This forex notion is now widely acknowledged, but it was not so long ago.

Forex was mostly unavailable to the general public prior to the widespread availability of high-speed internet and smartphone applications. Regular individuals have to use a financial institution to invest in it if they wish to do it on their own. Individuals were unable to make real-time currency trading decisions because they had no access to real-time currency values or current global news.

How Fintech Affects The Forex Industry

A few years into the new century, forex became a common pastime for ordinary investors. In order for these investors to generate a little more money, they decided to invest in penny stocks. An overall small-scale, entertaining method of investing little sums of money to attempt and get some quick income.

As the internet got faster and more reliable, and smartphones and applications became more commonplace, fintech made forex an investment option that was accessible to a wider audience. Investing was open to everyone, regardless of their background, location, or ability to comprehend statistics and money. Forex brokers created tools that made it possible for everyone to understand their investments well enough to make and implement the strategies they want.

There was never any question once Barclays started its own fintech site in London in May 2017 that fintech had taken FX trading into the mainstream. At that point, traders were no longer hesitant to consider forex as an investment option. Many individuals who had recovered from the 2008 financial crisis were eager to explore the possibilities of forex and fintech, which had been introduced at the time.

Clearly, fintech is allowing individuals and organizations alike to take advantage of a wide range of new possibilities. However, as we go forward, fintech will have a significant impact on the FX market in particular. The number, sophistication, and ease of use of trading tools are all rising. Trades may now be made based on sound strategies that people can comprehend. Furthermore, they are able to do so in generally safer marketplaces.