How Does High Visibility Clothing Work? 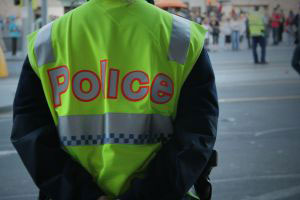 In many cases, accident prevention is a matter of awareness.

If we know that there’s a cyclist on the road ahead when we’re driving at night, we’re that much less likely to collide with them. Among the best way of getting this information is with the help of high-visibility clothing and reflectors. These technologies have vastly improved safety in a range of hazardous professions – from paramedics to workers on our roads.

The History of Hi-vis

In the UK, high-vis clothing was first trialled in 1964, by railway workers in Glasgow. Wearing the clothing was found to improve safety, and so the practice spread to other parts of the country. In the 1970s, the Health and Safety At Work Act made explicit reference to high-visibility jackets, along with protective eyewear and other PPE. When the 1992 Personal Protective Equipment at Work regulations came along, they also made high-visibility clothing a requirement.

In the construction industry, where workers need to operate independently on large, chaotic sites, high-visibility clothing has been especially important in reducing accidents. Thanks to the practice of wearing high-vis forklift and crane operators can see at a glance whether there’s someone in the vicinity. The wearing of this kind of clothing also has the practical advantage of making it easier to perform a quick head-count.

But how, exactly, does this technology work? Let’s take a look.

High-vis clothing takes advantage of two natural phenomena – fluorescence and reflectivity. The first makes certain colours glow when they’re exposed to light; the second bounces that light away, like a mirror. So, you might have a fluorescent orange set of work trousers, complete with reflective bands that wrap around each leg. Generally, fluorescence is more important during the daytime, while reflectivity works better during night.

Certain colours qualify as fluorescent. They not only reflect visible light, but light from outside the visible spectrum. If you’ve seen glow-in-the-dark paint at a nightclub, then you’ve encountered fluorescence. Certain colours in this way, and they’re typically the attention-grabbing shades that you’ll find in a pack of highlighter pens.

Certain professions prefer different kinds of fluorescent clothing. The police, for example, might wear yellow vests. For life jackets, orange is preferred, as it’s easier to pick out against the blue of the sea.

You can think of reflective tape as a series of tiny mirrors – because that’s effectively what it is. For most commercial high-vis jackets, tiny glass beads are used. These bounce light around in all directions, allowing it to be seen from afar. This technology is distinct from micro-prismatic tape, which does the same thing using tiny prisms. The light reflected by these prisms will travel further, as it’s being projected at a narrower angle.