How Does IoT Work? 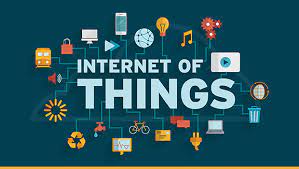 The Internet of Things is the internet's next level of development.

The Internet of Things is the internet's next level of development. We moved from connecting only computers, to smartphones, and now we are able to connect devices, processes, and much more. The great thing about this shift is that not only does it free up humans for more important tasks but also allows us to gather data at a larger scale than ever before.

But, what is the Internet of Things, and how does it work? What exactly is it? Why should you care about it? In this blog, we'll be exploring these questions, providing you with a better understanding of IoT. We need to understand where the Internet of Things fits into the history of communications and modern technology in order to appreciate what makes it unique.

Components of an IoT System

At the heart of IoT are billions of interconnected devices that primarily rely on sensors and actuators to sense (and sometimes control) the physical world around them. These devices need network connectivity to transmit collected data, which is where microcontrollers, system-on-a-chip (SoC), or field-programmable gate arrays (FPGA) come in to provide basic processing and storage capabilities.

IoT devices are connected to the internet and allow for two-way communication. They're often made using a standard micro-controller, like Arduino, with custom PCBs designed afterwards. To prototype these effectively requires an understanding of circuit design and programming language as well as protocols like serial or I2C that establish communication between different kinds of hardware.

C++ and C are still the most popular programming languages for developing embedded systems. However, Python and JavaScript (especially for user interfaces and platforms) are becoming more popular choices for prototyping and scaling IoT systems.

IoT security is one of the most important concerns, closely linked to data ethics, privacy, and liability. It must be included in every step of the system's development. With millions of new devices connecting every day, the number of potential (and genuine) attack vectors grows daily. Security engineering expertise, including threat assessment, ethical hacking, encryption, network architecture protection and application security are all crucial today.

Due to the huge number of connected devices and the influence that network design choices may have on deployed IoT systems at scale, IoT requires a thorough understanding of network architecture and management. Connectivity allows devices to interact with one another as well as cloud-based applications and services. Although IoT and cloud computing are two distinct technologies, real-time data streaming and cloud integration are essential for the successful deployment of IoT. Cloud infrastructure is utilised for data storage, processing, and analysis, as well as for implementing business logic in IoT apps.

As the number of devices sending data continually goes up, so does the size of big data. To manage all this information, developers need to be able to securely and dependably take in (ingest), store, and ask questions of (query) large amounts of different types of data coming from these devices. A lot of IoT devices create time-sensitive or latency-related data, so it can be helpful to sort out unimportant data at your network's edges instead of forwarding everything to your servers.

Because of the sheer volume of data created by IoT devices, machine learning and AI can be useful tools in an IoT system. These methods, which enable you to teach a machine to learn via exposing it to a lot of data about a situation, may be used in real time both to sensor data streams for predictive analysis and make autonomous decisions as soon as new information arrives. Machine learning may also be used on historical records to spot patterns or anomalies in the data that might help you make crucial judgments.

The Internet of Things is growing at an unprecedented rate. It's expected that there will be over 41.6 billion devices connected by 2025. This increase in connectivity is driven by a desire to make our lives easier and more efficient, as well as by the falling cost of sensors and other components needed to build IoT devices.

To work effectively with IoT, developers need to have a strong understanding of embedded programming, security, cloud integration, networking, data analytics, and machine learning. They also need to be familiar with the various protocols used to communicate between different kinds of hardware. With these skills, they'll be able to build prototypes quickly and deploy large-scale IoT systems successfully.