How Media Has Normalized Drug Abuse 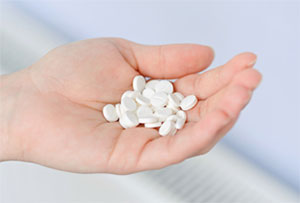 Today's world, whether it's about comparing ourselves to others or getting influenced in every aspect of our lives, the media has a part in everything

Everything the world has digitized over the past decade and anyone who doesn't socialize through the media is considered "old school". In short, the media has become the society itself.

It's hard to ignore the positive changes the media has brought, for example the normalisation of talking about things that were once considered a stigma. It has brought people together from all over the world creating a global environment of community. But while it has changed our lives in a good way, it has also normalised some bad things. Drug, violence and war being a few of those bad things. But how has the media normalized the use of such things which we are all aware is bad for us?

Teens Are Peer Pressured Into Drugs

Like there are states where certain drugs are legal or illegal, the media is a collective community where almost everything is legal. A law of one country doesn't apply to the other. And seeing someone doing something and being called "trendy" for it has a certain kind of influence on teenagers. They see their friends or school/college mates doing drugs on social media, and while they might actually not even want to do it, they are peer pressured into using drugs to be able to stay relevant. According to the experts at Lantana Recovery Center, Charleston, 90% of the teen drug addicts get into drug abuse due to peer pressure on social media.

Around 75% of the drugs are bought online. The fact that drugs are so easily accessible online makes it a rather worrisome thing. Do we need internet drug police? States try to implement ways to make the internet drug free, but still, there are sources they have no control over, like the Dark Web. The dark web is the deepest part of the internet being run by expert hackers benefitting off criminals, drug abusers, offenders and even more dangerous people like that.

Hence, the trade of drugs is one the biggest markets online, and no matter how many regulations are put on it, it seems impossible to control it-yet!

Along with the normalisation of drugs and alcohol on social media, the entertainment industry seems to be victimised as well. Drugs and alcohol are shown to be a compulsory part of the movies, and it's ‘not cool’ to think otherwise. There are movies that are made to condemn drug abuse as well, like real life documentaries, but a heavy flow remains towards drug abuse being normalised in movies. It’s not surprising why 70% of the celebrities fall prey to drug and alcohol addiction in real life too. In the 90’s, smoking a cigarette during a model shoot was compulsory. So it’s safe to say drugs have been in the industry for a long time.

People see these movies and get influenced by them, try to follow the celebrities, sometimes ignoring the fact that the celebrities are only putting up an act. And this leads to people falling prey to addiction whether it’s in the form of drugs or alcohol.

Another part media plays in normalising drugs and making life’s difficult is in the recovery of drug addicts. Especially post-rehab. when someone falls prey to addiction, they watch their whole life collapse in front of them. And knowing well that they are themselves the cause of that just makes them more guilty and ashamed, but at that time they might not have control over their addiction. It causes a person to go into depression. And when they see other people living their lives normally, even perfectly, on social media, they might go deeper into depression and despair.

Media is a really important part of our lives, especially now that almost everything is done online. It has no doubt made our lives easier, but it has also made it difficult to ignore harmful things like drugs and alcohol. One of the best ways to avoid drugs is to identify and remove any triggers. You can take time off of social media and there are plenty of fun activities you can instead do in your free time. Try to not get influenced by everything you see online and give yourself time.