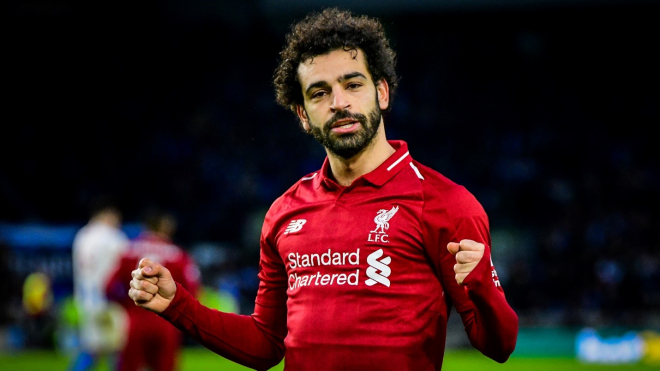 The final day of the Premier League season was packed full of action as Manchester City saw off Aston Villa to crush Liverpool’s quadruple hopes.

Meanwhile, Tottenham Hotspur secured their place in the top four at the expense of Arsenal, and Burnley were relegated after a 2-1 loss to Newcastle United.

Amidst the competition for league positions, another tight race came to a close as Son Heung-Min and Mohamed Salah shared the Premier League Golden Boot, ending the season on 23 league goals apiece. Salah was searching for his third Golden Boot, having won it in 2017-18, and shared it in 2018-19. He went into the final day on 22 goals, one ahead of Son.

The Korean had the advantage at the start of the final game, with Salah starting on the bench. Son cashed in as Tottenham faced a hapless Norwich City side, scoring two against the Canaries to put himself in the lead on 23 goals. Salah was brought off the bench for Liverpool, and scored from a corner to level the goalscoring race.

Neither player could manage to find another goal and, in truth, the honour being shared between the two is a fitting tribute to their goalscoring prowess. The duo have been on another level, and recognition for both is richly deserved. It’s no surprise that they’re both favourites with punters looking for good football odds.

Neither of the pair are classic centre forwards, making their emergence as the league’s top goalscorers in recent years all the more interesting. Before his arrival at Liverpool, Salah was a speedy wide player who had moved around the top level of European football, with spells at Chelsea, Fiorentina, and Roma, without ever really settling at a club. His 2016-17 season at Roma was the first spell in his career where he managed to reach double figures for goals in a single year.

Liverpool spotted the potential he offered as a goalscorer in Jürgen Klopp’s system, and pounced on the Roma man. The fee paid for Salah was reportedly in the region of £43 million, far in excess of the €15 million that Roma paid just a year earlier. However, the Reds were convinced that Salah was their man. Almost immediately, he slotted into Klopp’s side.

With Roberto Firmino very effective at dropping deep in central areas, Liverpool did well at creating space in the opponent’s defence for Salah to attack from the right. The Egyptian relished the role, using his movement and energy to quickly make himself a serious goal threat.

Son Heung-Min’s story has been one of a slower transformation. Tottenham signed the Korean from Bayer Leverkusen in 2015, for a fee of £22 million. Son became the most expensive Asian player in history, but it wasn’t plain sailing for the Korean. He featured intermittently in his first season, and struggled to build any real momentum, ending the season with only four league goals.

However, Son was allowed to stay and fight for his place, and he soon flourished. The wide man built up a partnership with Harry Kane that has proved unstoppable over the years. At first, Kane was the target, and Son was often the provider from wider areas. However, as the team has evolved, the duo became a more traditional strike partnership, with Son moving inside from wide areas to play off Kane.

Son has proven to be an exceptional finisher, capable of finding the goal on either foot, and seemingly from any angle or distance. His movement also makes him an excellent goal threat, and more recently Harry Kane has begun to drop deeper, with Son responsible for attacking the goal and carrying more of the goalscoring burden. That change shows in the numbers, with Son scoring more league goals than Harry Kane for the first time in their spell together in North London.

The duo have taken different paths to the top. Salah fit into the Liverpool attack on arrival, while Son’s adaptation period has been longer. The Korean’s role in the side has changed over time, but there’s no doubting that he and Salah are now scoring goals at a level that few others can rival.