How Startups Can Overcome The Competition For The Best Tech Talent 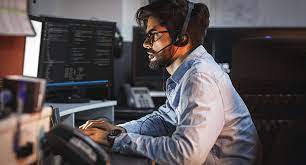 Are you looking for programmers to join your small but promising team, but no one seems interested? We know how that feels!

Are you looking for programmers to join your small but promising team, but no one seems interested? We know how that feels!

It gets even worse if you're aiming to develop an app on the same tech stack as Apple, Google, Facebook, or others.

Don't you agree that it even feels unfair to attempt a fight?

Wouldn't developers rather work at Google with all of its perks instead of a startup, regardless of how wholesome the idea behind it is?

But don't worry or be discouraged! This battle is far from being over. In any case, not for you. You can still earn your mighty developers if you play your cards right.

This is how we did it.

But first, you need to study your enemy well. Therefore, let's start with it now.!

We've all heard stories about how Google feeds and breeds its employees. They have lounge areas, unlimited fruit and food, cutting-edge technology, and activities on campus. I mean, you can move there and live. Isn't it a fantasy?

Unquestionably, it is for some people.

Here are the top six reasons why people want to work for an advanced tech company.

6 reasons why working for a BigTech giant can be alluring.

Quite often, tech giants choose to cover full medical insurance. It is their way to compensate for the overloads of stress their workers are subjected to at the office.

Parental leave, bereavement support - you name it, they've got it. They create an environment where employees feel obligated to repay their employer with complete loyalty. Employees are willing to work late nights or weekends to launch new products or deal with a crisis. They believe they owe their company this much. But do they?

Ah, an overwhelming sense of care contributed to by an in-house espresso bar and unlimited food and fruit. Who doesn't like free food and other goodies? It is no longer a surprising benefit, it turned into an expectation. Hence, with the budget of big companies, they now attract more skilled candidates than ever before.

We've all learned to take good care of our physical and mental health through the hardships of lockdowns. Being able to convert this newly discovered need, companies like Facebook, Google, etc., are now taking advantage of it by providing complete coverage of sports and self-care sessions.

Advanced education is now more valuable than ever. In a world of progress where technology changes daily, your only option is to catch up, keep up and study. And, given that the employer stands to gain the most from it, it stands to reason that they should foot the bill for their employees' education. Nevertheless, since only some businesses can afford to compensate for it, big corporations tout this as their most significant advantage.

A dream or Nah?

Who wouldn't want to work in a company that almost covers all your living expenses, plus pays a salary?

You’ll be amused, but quite a lot of people wouldn’t.

Whilst all of these perks appear to be pretty awesome, they cannot compensate for a lot of things that big corporate machines are not able to provide.

Even if your company is small at the beginning, we know you have big plans. Hire top engineers with us to kickstart the app revolution and strengthen your company with top engineering talent. Set yourself free to do prominent deeds!

How can startups attract the best developers on the market?

To answer the question of why anyone wouldn't want to work for a tech giant with a bunch of benefits, we have decided to interview developers from Lemon.io's pool of vetted professionals who have left large and successful companies to work for smaller startups. Their responses were eye-opening.

We have decided to share our findings with you, to help you improve your hiring process by adapting more optimal ways of attracting promising candidates to your growing business. Our developers came from different companies and had different experiences, but here is what they had to say.

Red tape is one of the main problems of big companies. "More cubicles. More division. Everyone is somebody's boss.”, as Nellie Bertram once said.

Jokes aside, projects start taking longer when there are multiple levels of management. Adapting a new line of code that can benefit the overall performance takes days. However, it is not the manager's fault, in a bigger company they tend to have fuller hands. Nevertheless, it doesn't make it easier for developers who came to big corporations to make an impact, learn, and code their way up. In place of that, them awaits waiting, waiting for the "go ahead."

Use your small team, where the red tape should not become an issue, to your advantage. Buy your promising candidates by ensuring their voices will be heard and they won't be waiting for your approval. By contrast, give them space and time to focus on one thing they care about - foosball in the lounge room.

At BigTech, people are taken as pieces to a complete puzzle. They might be pouring glue on you (aka "perks"), so you don't fall off, but it doesn't change that you feel left alone with pilling up problems.

Our developers pointed out that they felt an insignificant contribution of their job to the work process since no one cared what they were doing or how it was going until it became a matter of urgency. Hence, their confidence in belonging to the right place was getting undermined.

To succeed in hiring the best talent, do the opposite, and emphasize that every employee is a valuable piece to a bigger whole and contributes to the development of a product. Be refreshing like a lemon by leaving no man behind. Eventually, as the process kickstarts, you will feel a change every team member when contributing to the company's growth.

With the layers of management, miscommunications weren't a rare visitor in a big corporation. Excess amounts of red tape and tangled communication web would cause confusion in the information passed from a client to a dev. As an outcome, ping pong of check and fix, conflicts and frustrations.

Startups are the opposite of big corporations, thus having an opportunity for direct communication between client and developer. Without second-hand information, developers don't have to worry about misreading anymore but can dedicate their head space to problem-solving, occasionally asking to shed some light on the requirements they are unsure about.

Why bother spending tens of man-hours on moving software to a new stack when the current one is fine? Quite often, owners of BigTech assume that such a thing is just a whim of the engineering team.

Unfortunately, what they are missing is better SE ranking, user experience, and an app's performance. While what's left is an unmotivated engineering team. Owners would rather implement the latest technologies instead of coming up with bandaids to support the software that's simply living through its sad remaining days.

Not as good news for BigTeach, as it is for startup owners!

Emphasize the tech stack you are planning on using. Assuming you will be using the most powerful technology at that time, developers will consider it an advantage, and growth opportunity, therefore, should be more eager to work for you.

I bet all developers choose their profession to embody themselves in coding. It's new, and it's exciting. It keeps you motivated, and it makes you a skilled programmer. Imagine getting the dream job at big corp and just sitting there fraying your pants on a chair. It does sound sad, doesn't it?

At tech companies that have been on the market for a while now, most programming is aimed at maintaining the code and not writing a new one. Mixed with an aforementioned old technology, a dream come true job opportunity's charm fades away faster than the Cinderellas ball carriage.

Can you, a startup owner, turn this into an advantage? When developing new software from scratch, your engineer's job will revolve around R&D, which is genuinely exciting! Make this a raisin in your job description - and you will become a magnet for skilled candidates.

Not expected, right? However, even after years of Covid-19 lockdowns, the majority of big corp want their employees back in the offices. And when you know your performance while working at home doesn't decrease, hours of commuting start acting on the nerves quickly.

Do you consider remote work an option for your employees? Be sure to mention it in the job post. A smart move and a big seller! If you are comfortable having a remote developer team, here is an even better solution from us - hire freelancers or find saas developers with a deep knowledge of relevant field. Ah, those days of hiring offshore from Lemon.io, when it is a cheaper, faster, and safer way to find just the right fit for the job.

Let us introduce you to a silent killer of career opportunities in big corporations - the red tape, once again. In a place of multi-management, getting promoted is extremely hard. And with the millennial generation in an "accelerated growth" mode, this becomes an excellent selling opportunity for startup owners, where deserve promotion shouldn't take long.

These seven reasons made top developers come to us and leave the BigTech dream behind in exchange for diverse startup hustle. Recognize and accept these things as your advantages. The long-lost agility and freedom you can offer can't be compared to the sugary perks of the well-established giants.

These points don't help you hire either?

There is never a hundred percent guarantee.

Freelance platforms, though, should be of your help.

Or some other way, like freelance platforms of vetted developers - yours truly.

Because Lemon.io is a freelance platform with a vetting system, we'll explain the benefits using our company as an example.

To get into those four lucky percent at Lemon.io, developers must undergo a rigorous vetting process that includes a background check, portfolio review, soft skills, and language proficiency evaluation, as well as tech stack and hard skills checks conducted by our best experts.

This procedure takes a lot of expertise on our side. Imagine, only four developers out of a hundred that applied made it through. Our hard work gets rewarded by providing you with the developers we trust 100 %.

Mind-blowing but true. We've already interviewed over a thousand programmers and matched hundreds of them with customers based on their technical specifications and demands. Based on the client's satisfaction level and the feedback they provide, it looks like a success.

You are probably aware that hiring for a startup can take up to 6 months. With us, you won't have to spend months looking for an applicant to fill the role because we already have a pool of vetted programmers. All the legwork had been done for you. And we got developers ready to start working on your project within days.

Hiring devs from Eastern Europe, where the cost of comfortable living is lower than in the USA, lets us present competitive rates. However, our programmers are just as competent and skilled. As a result, our customers can spend a fortune without sacrificing product quality.

When you find a developer at Lemon.io you want to work with, an NDA comes first. Nothing you share within your team, including code, will be shared outside the platform. We safeguard your data.

Is it too good to be true? Try us! We are confident that we can help you get your project up and running quickly and affordably.