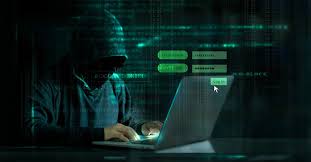 Nowadays, technology and the internet jointly rule the world.

Many things that we might have known earlier in our lives have gradually moved to the digital space as well. We don’t write letters by hand anymore because we got emails. We don’t call each other on the telephone because we have Zoom, Skype, and social networks. Likewise, we might not even go to the store to buy some food because we can order it online. But aside from all the convenient things, lots of real-world threats have taken the digital form too. That’s why the world needs some kind of counterforce.

Between Good and Evil

Stealing money from people, invading their personal space, and attacking their devices with malware are all evil things and righteously considered crimes. Unfortunately, these crimes can also be committed by the means of digital technology and the internet. That’s why we need a counterforce that would have the resources and skills similar to those used by the criminals, the hackers.

That counterforce is manifested in ethical hackers. As virtual threats have become more and more evident, many schools and universities started to include hacking as a part of formal programs for programmers, testers, and other computer specialists. The aim of ethical hackers is to detect and eliminate criminals who attempt to commit illegal activities using digital and computer means. So, basically, they fight hackers using their own weaponry.

But what exactly do students have to learn to become ethical hackers that would fight their dark counterparts? Essentially, such a program would include the essentials of computer science, plus, some theoretical and practical knowledge about actual hacking. Some of the skills you must learn to become a hacker who fights on the good side are the following.

While the listed skills are the major areas you must master to become an ethical hacker, it’ll still be just the beginning. In order to properly work in cybersecurity, you’re going to need certification, which can be acquired either at the university or from a certification organization, such as CompTIA. And don’t worry, one of the best aspects of learning computer science is that you don’t need to write essays often. And even if you do, you can always look through GrabMyEssay reviews and see that it’s not that hard, after all. As for the rest of the studies, they should be very exciting as information technology develops very quickly and can achieve lots of new things in a day.

Fighting on the Good Side

Crime exists in the world mostly because some things went unfairly for certain people. However, the problem with that is that those people fight unfairness with another unfairness. And that, as we know, does not solve the real problem. That’s why there must be people who protect others, oftentimes, innocent people from such evil games. Only after human civilization understands the importance of the common good and order, the ethical hackers will be able to rest easy.

Michael Carr never found his job mundane, monotonous, or boring. He writes his articles only after experiencing the subject of that article, which often requires traveling. Sounds like a rather original approach, yet Michael just doesn’t know the alternative.