How the Internet of Things is Changing Fire Safety 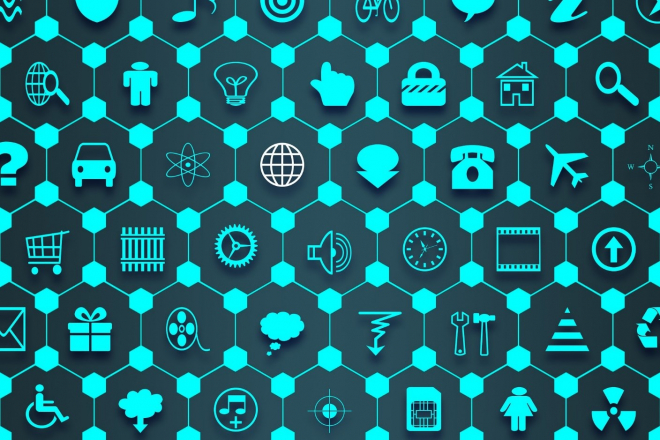 The Internet of Things (IoT) refers to the seemingly novel idea that everyday objects, from your kettle to your washing machine to your car, could be connected to both the internet and with each other. The thinking behind this idea is based on the principle that an integrated network of appliances could be controlled together, providing greater functionality as such appliances and machines share data – collected from sensors – with each other over the internet.

To some, this technology still seems like quite a way away, but others are convinced that it is already here in all its glory. Voice-activated devices such as the Google Nest or Amazon’s Alexa have already found their way into millions of homes. These devices can control a whole host of other smart household devices, from the lighting to the television.

The prevalence of integrated smart devices and the IoT has been slower than many expected (the first such device was a ‘smart’ vending machine back in 1982!) but nevertheless, it seems ultimately inevitable. Gone are the days when driverless cars were the stuff of science fiction, and as the additional technology needed for IoT systems because less expensive and more widely available, the dream of a so-called ‘smart home’ becomes more of a reality.

The potential benefits of the IoT make things look very much like the future has come to today. A fully integrated network of smart devices could have your fridge monitoring its contents and doing the shopping as and when you need it. It could see an automated coffee machine having a cup of coffee ready-poured 20 minutes after your morning alarm goes off or a temperature-controlled bath drawn at just the time you like to take it.

Yet it isn’t just in the consumer world of flashy new gadgets that IoT systems are expected to make strides. General household and workplace fire safety are expected to be totally revolutionised by the technology. This makes total sense: total fire safety for a building involves a number of technologies to detect the fire, prevent its spread, tackle the blaze, and alert the fire service if necessary. As things stand, these four elements are mostly disconnected. IoT offers the possibility of integrating them and with that the potential to prevent and tackle fire hazards more effectively, potentially saving many lives.

Where fire safety is concerned, it is all about the concept of a ‘smart building’. A smart building is one in which IoT connected devices are not only controlled by the personal preferences of the occupants, but also by a series of sensors that automate a response. In this way room temperature can respond to the weather, lights can go off when there is nobody in a room, and doors left open for a length of time can be closed.

What controls a smart building is computer software known as a building management system (BMS). Such a system collects data from sensors and uses simple AI technology to respond accordingly.

Yet it is not only data collected from sensors that allow the BMS to organise the behaviour of interconnected appliances and devices. The IoT means connection to the actual internet as well, which allows external data (for example, weather reports) to be fed into the system from the internet.

For businesses, the benefits of this technology are obvious. Entire room or appointment booking systems can be run with the system. Rooms that are unoccupied can be freed up on booking calendars at a moment’s notice, and the correct drinks for the attendants of meetings can be delivered on time.

As mentioned, the benefits of IoT systems for fire safety are numerous, and all derive from the greater coherence and immediacy of an integrated and automated response. And while IoT for the consumer market is still seen as a luxury, the potential benefits of installing such a system for fire safety mean it could soon be seen as a necessity – standard issue for all buildings requiring a fire safety infrastructure.

Of course, we are not quite there yet. And as things stand, it is not obvious that every aspect of fire safety could be taken over by the IoT; tackling a small blaze with a fire extinguisher is still something best performed by hand, and no fire extinguishers supplier is expecting to go out of business any time soon.

And yet the future of fire safety seems to trend only in one direction, and there are now several IoT applications that we can expect to become standard very soon. A few of the obvious benefits are listed below:

We mentioned how the IoT can combine external data with that from sensors in order to provide a coherent and integrated response within a smart building. Where fire safety is concerned, measurement of the fire itself and the risks involved will naturally involve a lot of data gathered from sensors within the building itself. Much of the technology – such as smoke, heat, or carbon monoxide sensors – have been around for years and will continue to be used. But there has also been much innovation where this is concerned.

New heat-proof sensors not only detect fire but also constantly monitor its temperature. By setting a threshold beyond which a fire can become dangerous, a dangerous situation can be flagged and a response initiated before the fire even emits any meaningful smoke.

By being fed into an intelligent system, alarms being triggered by sensors could also include data on where in the building the fire is taking place. The spread of the fire could also be monitored and its progress through the building related in real time with no need for anyone to be anywhere near it.

This data on precisely what fire is being dealt with, and where in the building it is, could also be linked up to a fire suppression system directed by the IoT. If a sensor detects dangerous temperatures or any smoke, for example, then the oven or cooker responsible could be automatically switched off.

IoT and the Fire Service

With an IoT fire safety system collecting so much data on fires, it naturally follows that this data could be passed along to the fire services. Data about where the fire is, how it is spreading, what automated responses are already tackling it, and the human presence within the building would be invaluable for fire services.

Being connected to the internet, such systems could also provide firefighters with floor plans to better allow them to plan and coordinate their response. It is also likely that the call to the fire service itself could not only be automated but also comes complete with all the necessary data as well.

As you can see, the IoT has the potential to do a lot of good things when it comes to fire safety in and around a building. We just have to be patient now and wait for full implementation, whenever that may be.