How These 5 Inventions Changed The World 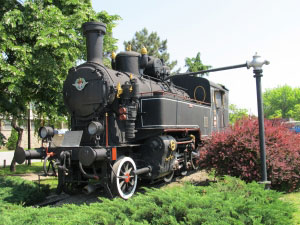 Now and then, someone comes up with an absolute innovation that changes the world. Here’s a list of four obvious ones, and one to make you pause and t

Once in a blue moon, a human being comes up with a simply inspired new idea. Most wither on the vine, but if they catch on, they change the world forever.

Here's a list of inventions that did just that. Four are probably the most obvious that spring to mind, but the last is a little quirky, until you think about it.

The standard, when talking about invention. “Don’t try reinvent the wheel” is a phrase that speaks volumes. Not our earliest invention; tools and weapons came first. But certainly, our most versatile and useful.

Wheels date back to before 3,300 BC. Ancient depictions show that back then, they already had the same primary purposes they have today: smooth transportation, manufacturing rotated goods on potter’s wheels and lathes, or steering vehicles.

Aside from revolutionising transport and everything associated with it, the wheel is also vital in many more complex machines, as gears and flywheels. It might be argued that a wheel is the machine at the heart of all technology.

Reckon microscopes are a bit geeky to claim they affect the world in general? Nonsense; their arrival lies right at the heart of the Enlightenment.

People once believed invisible humours, or even demons, made them sick. To convince them that tiny creatures too small to see really existed and could make them ill, the 17th-Century fathers of the microscope like Galileo and Anton van Leeuwenhoek had to show people the tiny creatures…

Although the internal combustion engine supplanted it almost universally within a hundred years, steam was important. Historically speaking, the flowering of the steam-engine industry is more significant than the later revolution brought by petrol and diesel engines.

Tinkering with an ancient child’s toy in the late 17th and early 18th Century, the likes of Savery, Newcomen and Watt transformed industry completely. Steam started it all; steam taught us how to go beyond the capabilities of human or animal muscle power in our engines.

You’d need to be a contrarian Luddite to deny the significance of the computer in our lives. From abacus to Antikythera mechanism, from astrolabe to Babbage Difference Engine, from the valves and capacitors of the Turing era to the modern computer as it evolved in the 50s and 60s, we have made magic with maths.

Computers are now intricately entwined in our entertainment, our ability to play Blackjack online in Canada, our education, healthcare, government, law and order, transport options and myriad other aspects of our daily lives. It’s hard to imagine an invention that has had a greater influence on our species…

This surprises many people. But someone, somewhere and sometime, got sick of greasy fingers after meals, or sooty, muddy marks on their clothing; probably Babylonian women around 5,000 years ago. Serendipitously, they discovered that ash mixed with animal fats made a great cleaning solution, thus inventing soap.

They just wanted bright clean smocks; they didn’t know that soap is also perfect for killing viruses and bacteria and extending life expectancy in countless infants. The humble cake of soap is one of humanity’s biggest history-changing ideas.