How to Build a 300 Blackout Upper? 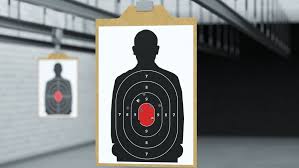 The 300 Blackout is a fun ammo that can be fired suppressed or unsuppressed, subsonic or supersonic, with no modification required to the weapon.

The 300 Blackout is a fun ammo that can be fired suppressed or unsuppressed, subsonic or supersonic, with no modification required to the weapon. The .300 AAC Blackout rifle round was first developed for the U.S. military’s special operations to replace the 5.56 with a more powerful .30-caliber round that could match the ballistics of the 7.2x39mm ammo.

Advanced Armament Corps (AAC) designed the .300 Blackout based on the existing .300 Whisper cartridge. The .300 Whisper cartridge was a necked down, re-sized 5.56 NATO shell with a .30-caliber round at the top. Despite fitting a 30-round capacity, the .300 AAC Blackout provides better subsonic and suppressed performance than the 9mm while still fitting the existing magazines and the current M4 platform.

Anyone interested in DIY projects can build their own .300 Blackout rifle, SBR or pistol. One of the most important part of building your own firearm is picking out the parts. Fortunately, picking out parts for the .300 Blackout is similar to how you would for an AR-15 chambered in 5.56 NATO or .223 Remington. In fact, the weapons are so similar that many gun owners simply modify their existing firearms by changing one or two things to take on the .300 Blackout ammo.

How to Build a .300 Blackout Upper Step by Step Guide

Step 1: Secure the upper receiver block with a clamp.

Step 2: Hold the pin with a plier and give it a few taps to get it started and drive it into the pin hole at the bottom side of the upper receiver.

Step 5: Check that the forward assist is installed and functioning properly. You can also consider getting Alumina black to patch up any chips or nicks during the process.

Step 6: Get a tiny C Clamp onto the rod that holds the dust cover in place. Make sure that the C clip is positioned toward muzzle end of the rifle.

Step 7: Slide the pin right through the hole on the side of the upper receiver and through the front half of the dust cover to hold it in place. However, don’t push it all in. Stop the rod halfway point.

Step 8: Slide the spring in through the rod. Make sure that the two metal legs are on opposite sides. This step might be a little challenging and may take a little more time as you adjust them into position. (Tip: Get the shorter tail of the spring facing upwards toward the top of the receiver and the longer tail of the spring with tension facing downwards. Also, you need to make sure that the flat side of the C clamp is facing the flat side of the receiver.)

Step 9: Push the pin through all the way in to get it installed.

Step 10: Try flipping the dust cover and check that it opens and captures correctly.

Note: the pin holding the dust cover may possibly slide back down since there’s nothing holding it yet before installing the barrel.

Tip: Before beginning, apply a little bit of weapons grease on the threads of both the upper receiver and barrel extension. This step helps to prevent any seizing in case you need to disassemble the barrel one day in the near future.

Step 11: Twist the barrel into the upper receiver and make sure that it is secured properly.

Step 12: Slide the barrel nut over the barrel and hand tighten it down. Use a torque wrench to continue torquing the barrel nut. (Tip: Typical torque values used for barrels are between 30 and 85 foot pounds.)

Step 13: Do a quick test fit of the gas block into the barrel to check if there are any imperfections on the inside of the gas block. A 0.75 inside diameter gas block with a low profile is a good choice for pairing with free-floating modular rail design.

Step 14: Temporarily cinch down the bolts on the gas block to install the gas tube before the final assembly with Loctite.

Step 15: Test fit the gas tube and gas block into the upper to check if it fits snugly. Once you’re happy with the fit, lightly cinch the bottom bolts before flipping the upper for a closer visual inspection.

Step 16: Use a bolt carrier into the upper to make sure that the gas tube doesn’t bind up into the bolt carrier.

Step 17: Once everything looks okay during visual inspection, use Loctite on the screws of the bottom of the screws just to make sure that everything is going to be secure. (Tip: Blue Loctite can be used without the need of a blowtorch. It’s also strong enough to keep things from moving and can be broken loose by hand in case you need to go back and change something out later. )

Step 19: Once you’re happy with the alignment, you can go ahead to cinch down the rail with the mounting screws. To complete the installation, cinch down the two large hex head screws at the back of the upper receiver with an Allen wrench. The screws will go all the way through the barrel nut to prevent any type of rotation and come out through the thread lockers on the other side of the upper receiver.

Step 20: Make sure the ports on the muzzle are indexed horizontally. You can try using coloured shims to get it indexed correctly. Hand tighten the muzzle brake before taking the wrench to push the rest in.

And you’re done! Now you’ve got a complete .300 Blackout upper all set for the lower receiver.

How to Pick a Gas System for your .300 Blackout Rifle

Generally, the lower and heavier the cartridge is, the less recoil energy it produces. So if you find your bolt not cycling or locking to the gear when you shoot with a sub gun, it’s likely that you’ve got an issue with the choice of gas system or buffer.

A 9-inch barrel will guarantee that your .300 BLK cartridges burn all their power, achieving optimal velocity with the shortest barrel length possible. Some may go for an even shorter barrel of 7.5 or 8 inch. Despite being shorter, it’s still sufficient for shooting 300 BLK at close to medium range.

Nonetheless, the barrel length doesn’t matter much since both supersonic and subsonic loads use similar amounts of gunpowder. The more important factor is the twist rate that plays a much bigger role when it comes to the .300 BLK round. Supersonic loads usually weigh around 80 to 125 grains while subsonic leads weigh more at 225 grains or more.