How to Choose the Best CDN Provider? 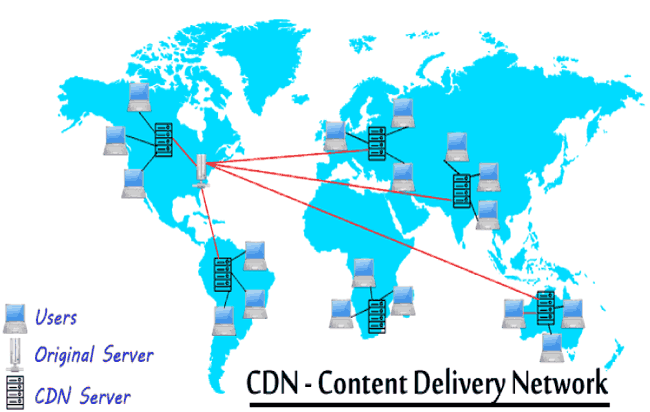 CDN stands for Content Delivery Network and offers a technology that delivers content to different parts of the world as quickly as possible.

Since the day it was created, the Internet as a whole has never stopped growing at a tremendous pace, with the average traffic consumption rates reaching new heights each year. However, at some point it becomes obvious how some technological limitations of the Internet cannot be solved by simply increasing your network bandwidth â with geographical position being one of the bigger problems in this regard.

Both websites and platforms can be hosted or based in nearly any part of the modern world, and thousands of kilometers between the user and the source of information can be identified as one of the worst problems of the Internet as a whole high latency.

Generally speaking, latency is the time frame between the moment your content starts loading (such as a web page or some sort of media) and when it actually appears on your screen. The difference between accessing a website located in the same country and a website that is located on the other half of the world is rather significant, and longer loading times have become one of the biggest problems for user retention in the current world (since a lot of people are used to websites loading with no noticeable delay whatsoever).

This is where CDN services come in. CDN stands for Content Delivery Network and offers a technology that delivers content to different parts of the world as quickly as possible. CDNs have also become even more important than ever before with the rise of live streaming and video-on-demand services, since this kind of media content is far bigger in size than any regular website. Technically speaking, a CDN represents one of the biggest solutions to the ever-present âlatencyâ problem.

The way that CDN works can be explained in some of the most basic terms possible. At its core there is one single technology that makes it possible â content caching. If the website or other media source is located in a single area, the implementation of a CDN makes it possible for this media sourceâs contents to be cached in multiple different geographical locations at once â depending on the capabilities of the CDN in question. As such, faster content delivery is a positive factor when it comes to the overall user experience, among other benefits.

Quality coverage and network bandwidth are some of the most important parameters for a CDN service. However, while CDNs as a whole have become immensely popular over the last years, it does not mean that every website has to have a CDN service for themselves. In some cases it may be counterproductive to use a CDN in the first place â for example, if the website in question receives the majority of its traffic from local sources and has little to no international audience.

Services that attempt to reach a wider audience, on the other hand, would have to choose a CDN solution for themselves sooner or later â and this task might be harder than expected. The CDN market as a whole is incredibly large and competitive, with international networks, local networks, free networks, paid networks, and so on. In this context, it is important to approach the topic of choosing a CDN service after analyzing your current situation and assessing your media source current and future needs.

There are three main types of CDN out there right now: general purpose CDN, video-on-demand CDN and live video CDN. General purpose CDN is what youâd expect from your classic Content Delivery Network that a website needs (even before the rise of live streaming and video-on-demand services). These are usually the cheapest out of the three, and have a lot of free services in the first place.

The second type here is the video-on-demand CDN. This one is relatively younger than the general purpose CDN, and it already managed to evolve into several different formats. For example, a video can be downloaded in its entirety to your system using a CDN, a video can be downloaded progressively into your cache (same as YouTube does), and a video can take advantage of HTTP streaming capabilities to deliver videos with adaptive bitrate (almost the same as streaming).

Live video CDN are used primarily for live streaming, as you might have expected from the title. However, the way it works is somewhat different, since a CDN cannot just cache an ongoing livestream. There are two different methods that can be used here â high bandwidth pipes to increase data delivery speed, or low bandwidth pipes to boost data transmission as a whole with the help of reflectors. Live video CDNs also usually cost the most out of the three CDN types.

There are also multiple different parameters that can be used to determine how good a CDN could be at its job, such as network performance statistics, extensive analytical capabilities, server and PoP counts, an even server spread geographically, and more. Practically speaking, it often comes down to how much a CDN costs, simple as that.

While there are many different free CDN services out there, they are often not suitable for anything bigger than smaller companies or projects. When it comes to paid CDNs, figuring out the price or capabilities of each and every service might be rather problematic â this is where CDN resellers come in, offering multiple cheap CDN services with the ability to compare them to each other and pick the one that suits your specific use case the most.