How to Create a Flawless Home Theater Projector Setup 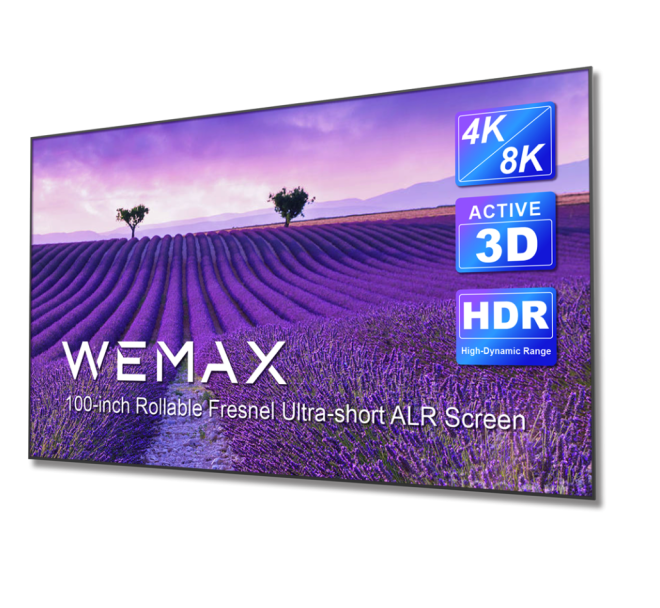 The idea of achieving an ideal home theater projector setup is to use projection math to gauge the distance and the size of an optimum screen.

The idea of achieving an ideal home theater projector setup is to use projection math to gauge the distance and the size of an optimum screen. Keep reading to find details on how you can set up the projector with yourALR screen 120 inch.

How the Screen Size and the Projection Distance Relate

A popular misconception holds that just rooms with lots of space are suitable for projecting onto 100-inch, ALR screen 120 inch, or larger screens. However, with the proper projection range and screen resolution, ultra-short throw and modern short throw projectors allow you to enjoy such displays in spaces of any magnitude.

Many projector models include this data in their specifications, such as display size at a distance from the screen.

Measuring the width and length of a home theater will help you choose the best projector for your setup. The optimum distance between the projector and the display ought to be used to narrow down the search for the projector version that will produce an adequate image on the screen size of your choice. The finest place to set up shop is between the two farthest walls in the room.

Options for both projector lens design and machine size are plentiful. Choose a projector based solely on its intended installation location.

You could mount some on the ceiling, but some types sit on a surface. There are projectors available with screen distortion correction and lens shift features that compensate for the fact that they cannot always be positioned so that the core of the display is in focus.

The screen dimensions and the viewing distance are required to choose a projector if it is positioned on a table and oriented to the screen's central point.

Nonetheless, lens shift design or keystone correction is required if the projector cannot be positioned in the middle of the display. Some projectors only adjust the keystone in the horizontal plane, whereas others do it vertically.

Vertical keystone adjustment is required for accurate and complete projection if the projector can be oriented to the core of the display but must be inclined at an elevation to complete the ALR screen 120 inches. However, a model with horizontal and vertical keystone correction is required if the projector cannot be positioned in the middle of the display because of the room décor and needs to be positioned near a corner or wall.

Lenses shift a mechanical adjustment, whereas keystone adjustment is a computerized one. Within a specific range, lens shift permits the lens's vertical, horizontal, and lateral movement. That means you can shift the image vertically or horizontally without worrying about keystones.

The length from the projector to the wall or screen onto which the picture would be projected is a critical consideration when shopping for a suitable 4K projector. A lens is often located on the front side of the projector. However, other designs do exist.

Projectors can also be found where the lens is housed. They project images onto a screen located over and beyond the device. With these ultra-short throwing devices, a 100-inch display may be launched from as little as 6 inches away. Enjoying large displays is simple, regardless of whether the room is 21.6 square feet or more.

What distance should you place the projector from the lens?

The lenses determine the relationship between the range of a projector and the picture created on display. The size of the projected image grows in proportion to the distance from the ALR screen 120 inches to the projector.

A zoom lens projector allows you to alter the projected image size without repositioning the device. Since the focal length of every projector lens is unique, it is necessary to use a projection converter tool to determine the optimal distance at which to set up the projector to achieve the desired display resolution.

What does a throw ratio for a projector mean?

The throw ratio is the distance divided by the width. It measures the image width (W) concerning the throw length (D) for any specified projector. The typical projector ratio is usually 2.0.

The throw rate is a straightforward formula that makes it simple to calculate the other. Each throw ratio corresponds to the least zoom option and the other to the highest zoom level on a projecting optical zoom.

What does a short-throw projector imply?

A projector having a throw ratio of around 0.4 or a little less is referred to as a short throw system. These projectors are perfect for rear screen settings when there is limited space behind the display. Such projectors aim to create a massive image at the smallest possible distance from the monitor and the projector.