How To Get A Job In Indian Railways 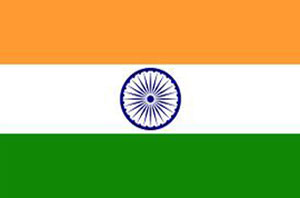 India has the fourth largest railway network in the world after the United States, Russia, and China. The Indian Railways has 7500 stations and 114,500 kilometres of total track length.

The body responsible for overseeing various examinations for the recruitment of candidates who aspire to become a part of the Railway Division is called Railway Recruiting Control Board. It is a government organization, set up by the Ministry of Railways, New Delhi in 1998.

Indian Railways is one of the world’s biggest employers with a workforce of 1.4 million. Candidates aspire for railway jobs as there are many benefits, including –

Railway exams are one of the most competitive exams in the country, as crores of candidates apply, to get a job in railway. The exams are conducted by RRB boards for different positions in Indian Railways. The list of exams for getting a job in railways includes –

Railway jobs are divided into two cadres – technical and non-technical, which are further divided into four groups – Group A, Group B, Group C, and Group D.

Group B posts are held by officers who are promoted from Group C. There is no direct recruitment in Group B.

Group D recruitment is managed by RRC, through the Group D exam that includes a computer-based test and a physical efficiency test. Posts such as Assistant TL & AC, Assistant Pointsman, and Assistant Operations come under Group D.

There have been various changes in railway recruitment procedure in the past few years, including –

The selection process varies for each exam. The common process is as follows –

If you are an aspirant looking forward to preparing forupcoming govt exams including railway exams, you should follow these tips –

Candidates can apply for these positions after 12th –

If you are a candidate interested in railway jobs, you can crack the examination with sincere preparation. You can land the railway job of your dreams and gain all the benefits that come along with it.