How to Pick the Right 3D Printer for Your Project 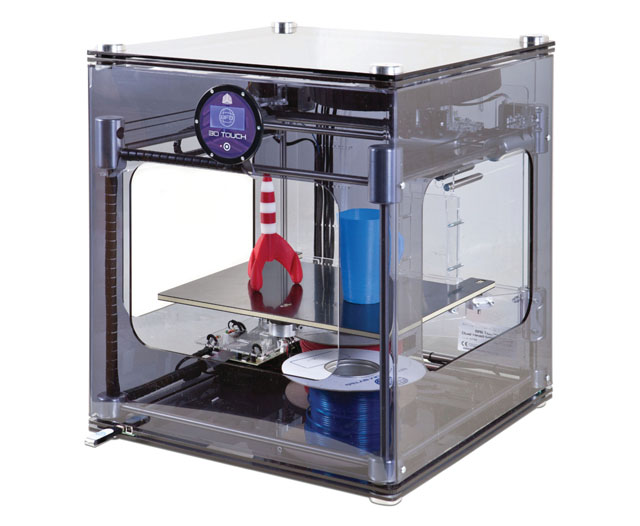 Not all 3D printers are the same. Discover the different types of 3D printers to choose the right 3D printer for your project and budget here.

Although 3D printing started making a buzz just a few years ago, the 3D printer was invented as early as back as 1983. Over the years, this first version of the 3D printer has undergone many amalgamations and iterations to become much faster, more affordable, more efficient, and much smaller.

With these improvements in 3D printing also came the creation of many types of 3D printers, to fit the market demand. The 3D printing market is expected to grow to a staggering $15.8 billion by 2020, which goes to show the surging popularity of 3D printing across the globe.

If you’re in the market for a 3D printer, the first thing you’d want to know is what type of 3D printer you’re getting. That’s because, with so many types of 3D printers available, it’s easy to pick one that isn’t best-suited for the job, which is just a waste of money.

In this post, we’ll guide you on how to pick the right 3D printing for your project. That way, you can avoid spending a bundle on the wrong device and get a 3D printer that adds value to your work.

In just a few years, the 3D printer has moved from being a highlight in specialty industries to a device that anybody can own and use. Nowadays, it isn’t common to find 3D printers in our schools, hospitals, engineering firms, and even jewelry shops.

However, you shouldn’t expect to walk in a prototyping lab, press a few buttons, and whip out the latest F1 prototype. 3D printers are far from your usual plug and play device, but depending on the type you get, some printers are much easier to use than others.

Selective laser sintering or SLS 3D printers melt and fuse raw materials in powder form to print the 3D object. Mostly the raw materials for these printers are polystyrene and silicate in powdered form. In industries like the F1 industry, metals can be the raw material that the printer melts for the 3D print.

This type of printer produces incredibly detailed printouts, which make them ideal for many industrial applications like prototyping. Since it is an industry-grade printer, an SLS printer costs a bundle and is, in fact, the most expensive type of 3D printer.

Fused deposition molding or FDM printers are also known as plastic jet printers or fused filament fabrication printers. These printers slowly eject the printing material through a heated nozzle and apply it layer by layer to print the 3D object.

The print material can be a PLA or ABS depending on the type of FDM printer. This printer prints from the bottom up until it completes the object.

FDM printers are the most common 3D printers and also the easiest to use. As you’d expect, these printers also cost significantly less than the other types of 3D printers.

The sla 3D printer is the 3D printer of choice for most engineering firms and product designers. The base printing material for this printer is a liquid photopolymer resin that’s sensitive to UV light. This resin is exposed to UV light, which solidifies the resin in successive layers to print the final object.

The standard stereolithography printer prints from the bottom up, just like the FDM printer. However, the most common type of SLS printer is the inverted or upside-down SLS printer, which prints from top to bottom.

The SLS printers prints faster than the other types of 3D printers; however, what you get isn’t the complete object. You may need to wash and cure the object to get the desired result.

Availability of Printing Material- Before you settle for a 3D printer, you need to consider the printer’s raw material. You might buy a less costly printer that uses expensive print material. In the long run, even though you bought a cheaper printer, the operation costs end up running your tab.

Your printing knowledge – A 3D printer is unlike your usual paper printer. There’s a steep learning curve for most 3D printers. So before you get a 3D printer, make sure you actually know how to use it.

A good starting point is a basic desktop 3D printer, which you can use with easy-to-use desktop apps. It’s also a good idea to find someone with 3D printing experience to help you operate your 3D printer.

Printing speed- While stereolithography printers are popular for their speed, you can’t say the same for other 3D printer types. So if time is of the essence, then you might want to consider the faster 3D printer models

Picking the Right 3D Printer Is Easy as Pie

Now that you’re well-acquainted with the types of 3D printers and what to consider before getting one, you’re all set to get your 3D printer. Remember, you might take a while to get the hang of things for some 3D printers. However, learning how to use these 3D printers is not too difficult.

Also, get your 3D printer from a reputable supplier and shy away from any off-brand 3D printers. Check the product reviews and specifications before making the final purchase.

For more informative reads, be sure to check out the other pieces on the site.