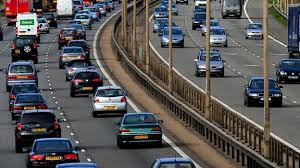 The Cabinet Office has recently announced a government-back project designed to improve the transport network in Leeds, York and Hull. Led by Slingshot Simulations, the project will leverage the Leeds-based start-up's digital twin technology that will see Yorkshire and Humber become global pioneers in the field of smart cities.

Slingshot will assist city planners in boosting the capacity of the existing network as well as reduce congestion and pollution by generating 3D models of the three cities and surrounding areas. The firm will also identify ways to effectively deal with potential delays at the port of Hull, which is a particular concern in the wake of Brexit.

Dr David McKee, CEO at Slingshot Simulations, says: “This project is the natural next step in Slingshot’s journey towards making digital twins accessible to anyone anywhere.”

Ana Avaliani, its Director of Royal Academy of Engineering's Enterprise and Sustainable Development, says: “Digital twins have the potential to be a powerful tool for environmentally sustainable economic recovery and growth and we are delighted to supporting David and his team in their entrepreneurial endeavours.”