Hydro jetting - Does It Really Work? 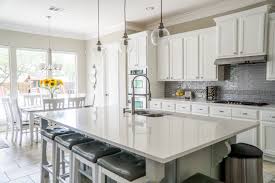 We all love it when our homes function properly.

The ease of not having to worry about calling over a handyman every now and then makes our lives a lot easier. Despite the fact that this is something which is usually taken for granted by some, and largely overlooked by many, it is something we always need. For instance, plumbing issues can be a real hassle when not treated with the right method. This is especially true when we do not know what the cause of the issue is, especially if it’s in the sewage lines. With that said, when the sewage lines start causing you trouble, it’s important to act, and to do so promptly before more complications arise. One solution you can always count on is Hydro jetting, and here is why.

What is Hydro jetting?

Plumbing inconveniences often arise in old sewage systems, while there is one issue in particular that can put most of your in-house operations on pause, and that’s clogged sewage lines. When your pipes are suffering from a clogged line, Hydro jetting comes in handy. Hydro jetting is a reliable method that a lot of plumbing professionals are beginning to use. This method is capable of restoring pipelines to nearly new conditions with its pressure washing precision. A bonus feature is that this method is environmentally friendly, which will help preserve your backyard or front lawn, as opposed to pipe bursting or pipe relining.

This method eliminates sewage line problems by discharging a high-pressure blast of water, which then removes any blockages or build ups in your pipes. Professionals typically use around 35,000 psi (pound-force per square inch), which is ideal and very effective in restoring your sewage system. This even works perfectly with a main line, where the problem may be treated without the need of a line replacement. Professional plumbers explain that by using hydrojets and utilizing high pressure water streams, minor pipe imperfections can sometimes be eliminated as well. The rotational polishing action of the hydrojet can restore the inner walls by smoothing out the scratches.

Before making serious headway against your sewage complications, there are some things that must first be examined. Plumbers start with a video inspection, which will determine the cause and the specific location of your problem. This will then take you to analyze the entirety of the situation, where it will be decided if this method works well with the condition of your pipes, and if the circumstances of your complication allow for it. This is because Hydro jetting can cause weakened areas of your pipes to break, and depending on the gravity of the problem, they could require backup. You may need a sidekick tool, the snake, to remove the debris first.

What Can Be Removed?

When you have a problem with your sewage system, you may be tempted to stick your hydrojet’s nozzle into the drain, and just be over with this nightmare. However, you must first make sure that the situation can be treated with a hydrojet. That said, the things that can be removed include sand, scale build up, hair, grease, food and other residues that build up on the walls of your pipes. It is advised, especially for restaurants, to routinely perform this method and flush out any grease or food that is caught up on the walls of their pipes right away. Hydro jetting will effectively work to:

Seeing as how sensitive the sewage system can be, it is recommended, and often urged, that a professional applies this method. Hydro jetting, if not used correctly and for the right issues, can cause some very serious damage to the entire system, and may end up ruining some pipelines due to the high pressure water. By contrast, an experienced plumber will avoid doing so, as they will also possibly clean your system thoroughly.

Effective, affordable and quick to get the job done, Hydro jetting, is definitely the way to go. It is also friendly to the environment, as it does not use any chemicals at all. Although some issues may ask for backup, such as tree root clogging, where a snake is needed to break through the debris, only hydro jetting can have build-up permanently flushed out of your system. And remember, the inner walls of your sewage system will be as good as new afterwards!