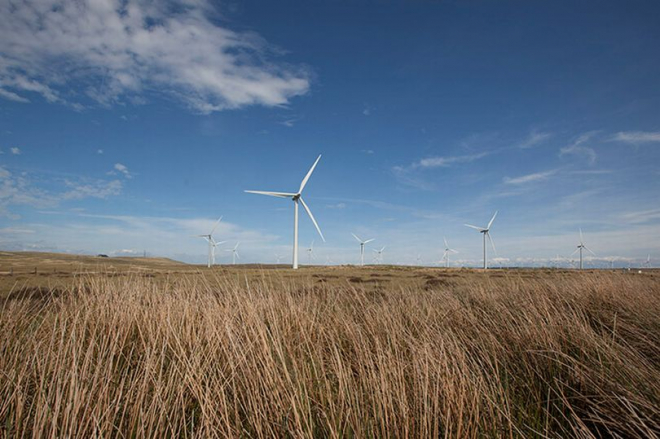 The UK's biggest green hydrogen production facility set to be built in Glasgow.

Plans to build the UK's biggest green hydrogen production facility on the outskirts of Glasgow have been unveiled. The scheme is part of Glasgow's bigger project that aims to create a zero-emission vehicle fleet by the end of 2029.

The facility is set to be built close to Whitelee wind farm and would be able to produce up to eight tonnes of green hydrogen per day. If proposals are approved, the facility will become the first to be built under the Green Hydrogen for Scotland partnership of ScottishPower, ITM Power and BOC.

Barry Carruthers, ScottishPower’s Hydrogen Director, said: “With all eyes set to be on Glasgow later this year as the city hosts the UN’s 26th climate change conference, COP26, it’s fantastic to be making this next important step towards delivering green hydrogen for Glasgow.

“Whitelee keeps breaking barriers, first the UK’s largest onshore windfarm, and soon to be home to the UK’s largest electrolyser. The site has played a vital role in helping the UK to decarbonise and we look forward to delivering another vital form of zero carbon energy generation at the site to help Glasgow and Scotland achieve their net zero goals.”

Green hydrogen is created using renewable energy instead of fossil fuels. It has the potential to provide clean power for a number of industries, most notably transportation and manufacturing. Its only byproduct is water. It is named after the green power source, normally solar and win. It can be stored and transported for use as needed.