Innovation In Insurance: How Technology Is Changing The Industry 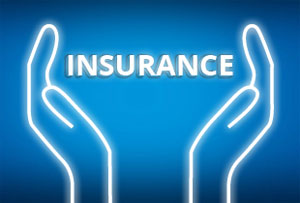 In recent years, there has been a growing trend of companies adopting modern technology to expand their business.

Not only has technology provided convenience to consumers and producers all over the world, it has also reshaped many industries. As a result, they’ve become much more future-paced and revolutionary. Uber, for instance, is a simple fare-based cab service. However, the use of modern technologies, such as GPS and online communication, has made it much easier for consumers to just order a well-maintained car at home instead of searching for one on roads.

One of such industries that have acquainted themselves with modern technology over the years is the insurance sector. The relationship between insurance company owners and its consumers is that of convenience and security. Insurance company owners save a significant amount of resources when choosing technology over man-power. In contrast, consumers receive the seclusion and convenience they’re promised. The United Arab Emirates is one of the few countries in the world implementing modern technology to lessen the use of manual labour and resources. Insurtech is one of the emerging and innovative initiatives aimed at providing convenience to both consumers and providers of insurance using cutting-edge technology in the United Arab Emirates.

Embracing Insurtech in the United Arab Emirates has provided advantages not only to the consumers and providers, but also the stake-holders in partnered insurance companies. The outcome is a significant impact on life, health, property, vehicle, home and travel insurance. “Insurtech are those technologies which impact or disrupt the insurance business. It will be fair to state that historically insurance business and information technology have worked in separate silos. Globally a slew of insurtech startups has brought about a revolution across the value chain be it products and pricing, sales and distribution and claims”, says the founder and CEO of Oasis Insurance Group, Sridhar Subbaraman.

WHY TECHNOLOGY IN INSURANCE?

The growing trend of adopting up-to-date technology is focused on providing a better support to the consumers and establish a network based on providing personalized services to every consumer. With technology being the epitome of ease and simplification, there has been a worldwide trend in the use of technology in almost every industrial sector, even education. Artificial Intelligence (A.I.) has already taken the place of many humans, with automated support and other such features, to accelerate the process while removing any and every human error. This, in return, reduces of chance of insurance fraud, among many other advantages, for insurance providers. IRIS Health Services, an individual health insurance company in Dubai, has saved more than $10 million in insurance fraud in the United Arab Emirates using integrated blockchains and artificial intelligence (A.I.).

WHAT DOES THE FUTURE HOLD?

Insurtech’s services, such as individual heath insurance in Dubai, are still in their pre-emptive stages. In coming years, we will see insurance companies competing with each other to provide the most cutting-edge services, such as virtual chat-bots and all-in-one applications, in contrast to the current manual and time-consuming phone or e-mail customer support. This is only profitable for the insurance companies, as every premium added to the technology from insurance companies is a premium earned as a result of appealing to consumers. For consumers, the profit is from acquiring products for a significantly lower cost as a result of the competitive pricing. Either way, it’s a win-win situation!