IoT Faces New Security Issues That You Need to Know 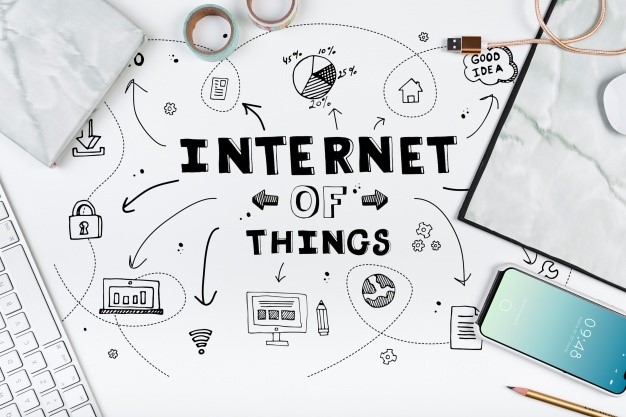 Have you been familiar with the term "Internet of Things"?

It has been used often recently, but few people still couldn’t find their grasp on what IoT really is. The Internet of Things is the center for all devices and platforms exchanging data from one to another. Devices involved are limitless, and they could be your home appliances, anything that comes from furniture, or a simple coffee maker that has already been implanted with different software and mechanisms. Basically, everything that can be connected to the internet becomes an IoT device.

The main goal and idea behind it are simply to create an environment or vault to store the data for users without handpicking it. The growth of IoT influence often results in a promising future where IoT can be fully adapted to other industries like agriculture, transportation, and many more. It will not stop and can’t be halted.

However, as IoT seems to be a promising future, it’s not wholly perfect. It always has dangers and risks that are also evolving, following the growth of IoT itself. Here are some issues of IoT that you may need to know:

One of the most dreadful issues IoT has is security. When putting it on the global system, the risk has evolved into something greater and more expansive than before. The menace of cyber attacks has been reported in 2018, where cybercrimes were on the rise. Now three years later, the risk isn’t showing the sign of slowing down.

Recent ransomware crimes expose new concerns to think of that could heavily affect cloud vendors. The service providers can also be the soft targets. The complexity of cloud service becomes of their weak points since numerous clientele, and other variations often result in interconnectivity.

The threats also surround AI-based services. According to experts, threats are now becoming trickier and harder to detect by AI. While the functionality of AI technology can indeed be expanded to meet today’s demands, some argued about its effectiveness. So, we can consider AI is still not decently equipped to deal with more advanced, newer threats haunting cloud and IoT.

Another troubling issue is the user privacy. This is not limited to data breaches only but also consumer privacy violations. Consumers are now more aware of this issue, and since they’ve gained more understanding, they want something better from IoT.

They feel that IoT still lacks privacy. Most of them would find IoT to be unsatisfactory when it comes to user privacy. As they’ve grown more aware, they’re beginning privacy more seriously and demand greater control over their personal data. What we need is more corporate transparency that could help to relieve this problem.

But, on a more personal approach, you can also use VPN to make your privacy in control. Get the best iOS VPN to fix all privacy issues, and make sure that you stay protected.

Losing vital data and information wouldn’t only hurt companies and harm nations through cross-border attacks in the broader scope. World Economic Forum has stated a prediction. They predicted that this kind of attack would make some governments create internet walls that limit IoT access to specific parts of regions.

This limitation opens up to a chance where every nation can develop and grow by themselves since the global connection is limited. The ultimate price is the inability of companies to gain data across the countries. Unable to send and exchange data, we’ll get basically trapped. It will slow down technological advancement significantly, and it could be an apocalyptic end for all of us.

By noticing the traces of digital ways, it could be possible that the next threat for IoT is cloud attacks. Cloud networks store the most extensive data stocks in order to run IoT. According to statistics, the cybercrime war back in 2017 was estimated to be costed at 300 billion, which is the triple amount the cost due to natural disasters. It’s insane. Based on World Economic Forum, a study has uncovered a horrifying picture. If one cloud provider got taken down, the financial damage would be fifty to a hundred and twenty billion dollars.

Limited understanding of IoT is made by strongly developing technology. It’s always essentials for users to understand what IoT has to offer and ways to make it work more efficiently. With this understanding, users can be more mentally prepared over the possibility of finding better solutions to overcome the mentioned issues.