Is Vaping a Part of Entertainment Now? 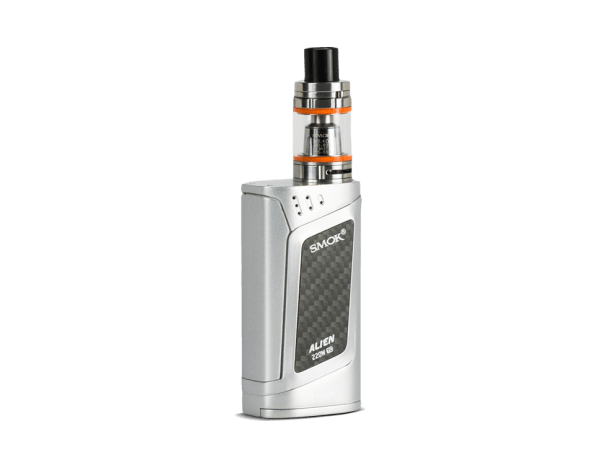 People start vaping for varied reasons. For some people, vaping is a healthier alternative to smoking.

Others switch to vaping as a method to quit smoking traditional cigarettes. But, start to vape because the habit brings them fun. They see vaping as part of their entertainment.

Vaping is a practice of inhaling a liquid that is laced with THC or nicotine. A battery-powered device is used to vape. That means no combustion is involved in vaping. Thus, a person does not inhale smoke when vaping. Instead, they inhale the vapor that is produced when the device heats an e-liquid which contains the active ingredient like nicotine or THC.

Today, thousands of people are using pod vapes and other devices to vaporize e-juices. Vaping is now a common habit at the campus, college, and even house parties. Some people are vaping every day with others are using their devices a couple of times per day. Some people have even become addicts after vaping nicotine and other addictive substances for entertainment.

Some people start vaping to get the daily dose of nicotine without exposing themselves to the negative effects of smoke. It’s, therefore, not surprising to find people vape during breaks at work or college just to relax. Others vape when enjoying the kind of entertainment that helps them relax.

As such, vaping ends up becoming part of their entertainment. Through vaping, some people distract themselves from things that stress or trouble them. Thus, including vaping in their entertainment provides a way to relax or even have fun.

But, research has shown that the hypothesis that cigarette smoking or vaping nicotine-containing e-liquid has a calming effect is because nicotine ends the withdrawal symptoms in smokers that are already addicted. Thus, smoking or vaping doesn’t have a sedative property.

People Vape to Belong to a Community

Everybody has a group they hang out with when it comes to entertainment. For instance, some individuals have friends they watch football matches or movies with. Similarly, some people have groups they vape with. When hanging out with these groups, most individuals show off their vaping experience. They also discuss the latest developments in the vaping industry.

For instance, individuals in a vaping community or group can have fun by exercising different styles or cloud chasing. They can also try different vaping devices. Today, people are meeting at vape shops or other places where they have fun as they inhale together and unite as a community. What’s more, joining these communities provide a chance to learn about the best pod vape and other vaping devices.

Many people watch Hollywood movies and television shows for entertainment. Vaping companies know this and have invested heavily in advertising and marketing via these channels. Including a vaping scene in a film is now a popular advertising trend that these companies are using.

When a movie star or celebrity appears on television vaping as they relax or have fun, some of the audiences assume that the habit is a cool way to relax or have fun. Several films now feature vaping scenes and companies that manufacture vaping products are sponsoring their production. Although organizations that control tobacco use are advocating for the elimination of vaping in movies and television, the trend continues. And, more people now see vaping as a part of their entertainment.

Vaping Can Be a Hobby

What’s more, some individuals will go shopping or finding the best pod system in the market whenever they have free time. Some of these people love collecting different models of vaping devices. They also love analyzing their unique features. As such, a vape hobbyist can have several devices and they know how to use each of them for fun.

Some people sample different flavors of e-liquid just for fun and entertainment. The current market has different e-liquid flavors. When some individuals realize that they have not tried some flavors, they can opt to do it for fun.

Some of the most common vape flavors include Mint Chocolate, Berry Cobbler, and Caramel Café. Essentially, there is no limit to the number of flavors that can be sampled just for fun. Sampling different e-liquid flavors for fun is a great way to find out how they truly feel. It can also be a chance for you to know how the actual fruit from which the flavor is derived smells or tastes. Vaping companies have used flavors to lure more people to start vaping. This led to a partial flavor ban in the U.S market.

Vaping imitates traditional smoking. But as hinted, it does not involve combustion. That means a person doesn’t inhale smoke when they vape. Instead, they inhale vapor with nicotine or THC. This explains why some people consider it safer than traditional smoking.

What’s more, using the best pod mods does not lead to problems like bad breath, burnt ashes on clothing, and yellow plaque on their teeth. Such things make people that smoke when enjoying their favorite form of entertainment turn to vaping. As such, vaping has become part of the entertainment of such people because it has replaced smoking.

Vaping has become part of entertainment for some people. This can be attributed to different reasons including the fact that vaping is considered healthier than smoking. But, people should know that no extensive studies have been conducted to determine the long-term effects of vaping and whether it’s a healthier alternative to traditional smoking. Nevertheless, people are still including vaping in their entertainment as a hobby, to enjoy different e-liquid flavors, to relax, belong to vaping communities, and even because of their favorite celebrities vape in TV shows and movies.