Is VAR Working In Football? 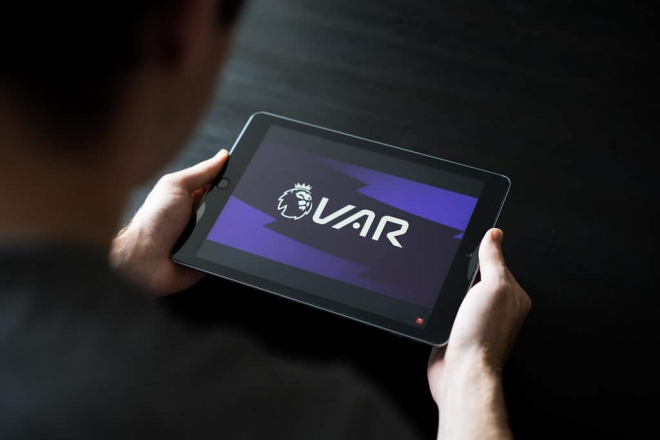 The introduction of Video Assistant Referee (VAR) in football is arguably the biggest change to the sport at the highest level for decades.

The introduction of Video Assistant Referee (VAR) in football is arguably the biggest change to the sport at the highest level for decades. The technology was introduced to the referee on the pitch get the big decisions right.

Ultimately, it was brought into football to stop big errors from being made. For example, when a player has clearly used their hand to control a box in the ball, or a bad tackle has not been spotted by the referee.

There seems to be a divide in football among supporters as to whether VAR has made the sport better, though. Here is a look at how it has done since its introduction in 2018.

More Correct Decisions Are Being Made

Not many can argue that more correct decisions are now being made by VAR. Regardless of how they get there, referees are ending up with the right verdict. This stops games from being decided by the wrong decisions any longer.

The Champions League is the most prestigious competition in European football and it uses VAR to help the referees officiate. Bayern Munich, who are the favourites in the Champions League odds for the trophy this season, won the first-ever Champions League final which used VAR in 2020. It reinforced the referee's decision not to award a first-half penalty for an Alphonso Davies tumble in the box and its application was seen to be hugely successful. It is also now used in all major domestic leagues in Europe.

The team who work in the video operation room alert the referee when they feel a mistake has been made. This could either be with regards to a penalty decision, a red card offense, mistaken identity or a goal.

One Criticism Is Time Taken

The biggest issue many supporters have had with VAR, particularly those in the stadium, is the time taken for the checks to be made and the correct decision being given. Football is a sport which is praised for its fast pace and one which has few stoppages.

We have seen in major tournaments such as the World Cup and European Championship that decisions were checked far quicker. This is something the domestic leagues can learn from. Instead of waiting on the field for instructions, the referees have dashed to a monitor at the side of the pitch to watch replays of the incident in question from different angles.

If the speed at which VAR is used improves again going forward, there is likely to be more support for the technology in the game.

Changes were made prior to the 2021/22 domestic season. One of which was the lines used to establish if a player is offside. These lines are now much thicker, which favours the attacker when there are marginal decisions.

Far too many goals were ruled out harshly last season, so it was agreed during the summer by the clubs in the Premier League to implement this new system for offside checks and FIFA also clarified which part of the body can be offside. They have stated that anywhere from the bottom of the armpit can be ruled offside.

The other notable change to the ruling relates to handball. Accidental handball in the ‘build-up’ to a goal will not be an offence anymore.

As much as VAR has received criticism, it is not going away. Hopefully, the technology continues to improve and is used well enough to ensure supporters are satisfied.