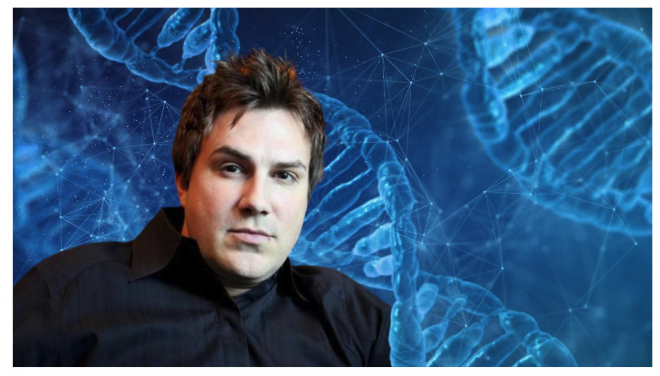 There may be a way that can help in delaying the whole aging process. And that focuses upon external tissues and cells, known as extracellular matrix.

Aging is a well-known phenomenon. And according to Phoenix-based Jason Hope, factors like a hot and blazing sun, increased pollution caused by cars and other vehicles, and many other extrinsic factors will eventually cause you to age too.

However, there may be a way that can help in delaying the whole aging process. And that focuses upon external tissues and cells, known as extracellular matrix.

ECM (extracellular matrix) consists of an array of multidomain macromolecules. These macromolecules are arranged in the same manner as a cell/tissue is organized.

According to Jason Hope, the extracellular matrix is a sort of 'scaffolding'. These molecules tend to act as a protective barrier or support for the surrounding cells.

The ECM comes with nutritional properties and fibrous proteins aiding the matrix in becoming powerful, strong, and elastic. The ECM will directly affect the behavior of cells which includes apoptosis, migration, polarity, adhesion, proliferation, and differentiation.

One of the most distinguishing qualities of ECM, according to Jason Hope, is that these bioactive molecules are incredibly resilient and stubborn and barely change much as a person goes through different stages.

Why Does It Stiffen?

To maintain homeostasis, cells will constantly be in touch with their surroundings, including the extracellular matrix. This communication is done via mechanical and chemical signals. However, there may be times when there will be abnormal signaling which eventually leads to the stiffening of ECM.

According to Jason Hope, the extracellular matrix gets covered by blood sugar and other various components. This mixing up of elements will lead to unhealthy cross-links between the ECM proteins.

Abnormal signaling will cause the stiffening of the ECM walls. These closed-off barriers lead to the internal signaling of molecules. Such stiffening eventually leads to various conditions that include motility and proliferation.

This cross-linking occurs due to the interconnection of cells and ECM, both mixing up in a feedback loop which eventually leads to the matrix deposition and an alteration in the working of tissues.

This cross-linking of the EMC, according to Jason Hope, will not allow it to perform its essential functions and work. Their basic operation includes functions like interacting with the extracellular environment with the help of signal transduction pathways.

The stiffness of EMC will result in the abnormality of cells and tissues and restrict the help it provides to the body's organs.

We can conclude that the stiffness of EMC leads to severe consequences, which can even prove to be deadly.

This stiffness of EMC is pretty dangerous because it will cause the following problems:

According to Jason Hope, even if a therapeutic approach is specifically targeted toward the reduction of inflammation in the body and smooth muscles in the airway to avoid asthma attacks, the stiffness of ECM can nullify all the progress. Jason Hope quotes that the stiffening of ECM will cause hyperactivity in a body affected by asthma.

When talking about the dire consequences of a stiffening EMC, Jason Hope explains that the inflexibility and the limited independent movement of the proteins in the EMC area will affect the stiffness of the blood vessels. The stiffness in the arteries fails to cushion vital organs against the stubborn thumping of the pulse. Eventually, as a person grows old, this arterial stiffness will enhance the risk of systolic blood pressure. Such damaging results can lead to dementia and chances of stroke.

The abnormal signaling of ECM can cause cancer. As mentioned earlier, the feedback loop that causes the exchange of cells and ECM reduces the therapeutic efficacy. This reduction in the productive potential of the cells will cause a greater chance of cancerous tumors taking place in your body. The cell adhesion to ECM reduces the effectiveness of radiotherapy and drug resistance.

When the blood sugar and other components cover the ECM proteins, which leads to crosslinking. This non-enzymatic interrelation of proteins and glucose can directly have a bad effect on aging and disease of connective tissues. The stiffness in ECM, according to Jason Hope, impacts the cell-matrix interactions, matrix mechanics, and matrix turnover in a negative way which speeds up the process of aging.

However, it would be wrong to say that you can't turn this stiffness around in your favor. According to Jason Hope, if one reverses the effects of extracellular matrix stiffening, it can be of great advantage, especially against some life-threatening diseases.

Let's take a look at how Jason Hope backs up this theory:

As the crosslinking of ECM supports the progression of tumorigenesis and impairs the intratumoral variation of immune cells and anticancer drugs, you must find a solution to this problem. If the crosslinking of ECM is studied carefully, you can use it to treat cancer and avoid drug resistance. A few regulators of ECM stiffness, like mechanosensory and mechanotransducers, can be prevented with the help of strong drugs. The fibrillar collagen causes ECM stiffness. Hence, if this collagen is directly targeted with the help of recombinant collagenase, potential cancer therapy can be envisioned.

The recent development of spatial-temporally controllable procedures will help reverse EMC stiffening and enhance the effectiveness of chemotherapy.

Reversing the stiffness of ECM and eventually remodeling the extracellular environment has a profound and positive effect on expanding the airways and reducing asthma attacks. In a reversed extracellular environment, the ASM cells tend to switch from ASM- ASM connections to ASM-ECM connections. Therefore this connectivity significantly increases the net force of the ASM. This ASM-ASM coupling tends to reduce by a high margin, behaving like a stiffer ECM. All of these processes and switches will help target asthma attacks, reduce inflammation, and eventually lead to the well-being of the human body.

Jason Hope Tells About How To Reverse Extracellular Matrix Stiffening

According to Jason Hope, interference with collagen stabilization will help reverse extracellular matrix stiffening. What this interference will do is break the ECM crosslinks leading to a greater amount of Pathology.

You can achieve this breaking up of cross-links via interference in collagen stabilization through drugs. Drugs that are targeted toward aging rats, diabetic dogs, and monkeys are being tested. However, such practices will not work on the human body.

Therefore, drugs that specifically split open glucosepane in the ECM will help to reverse crosslinking and eventually help with reducing the risk of heart attacks and kidney damage.

Therefore, the cure lies in focusing on crosslinks taking place in human tissues.

Jason Hope’s whole stance of focusing on reversing extracellular matrix stiffening is one of the most effective ways of dealing with chronic diseases, diabetes, and even aging.

Even though the drugs being used on animals to cure diabetes and aging can't work on humans, the ultimate focus on glucosepane can reverse the stiffness in arteries and restore the dying tissues and cells.