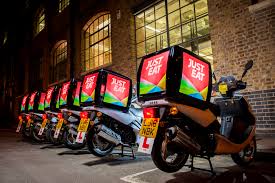 Just Eat, which has shares listed in Amsterdam and London, may leave London Stock Exchange amid talk of Brexit concerns. Following a major takeover last year of rival GrubHub in the US, the firm now has to list shares in New York as well, which could lead to three listings.

Bankers said the hard Brexit has a huge impact on the firm's decision as London will no longer have the same access to EU capital.

One banker commented: “London could have still been the exchange for its UK and rest-of-the-world trading, with Amsterdam being the venue for EU investors. But the New York listing changes that. New York might be able to take over all the non-EU stuff instead of London.”

JustEatTakeaway's notice period to quit Amsterdam ends next month but the company has now put that on pause pending a review.

“They have to take a view now on where they get the best liquidity and which exchange offers them the best coverage,” said one exchange source.