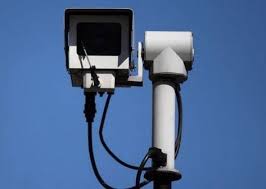 An innovative technology to catch drivers throwing litter out of their car windows in Kent from April.

Maidstone Borough Council (MBC) is investing in LitterCam technology in a bid to catch and fine drivers throwing litter out of their car windows. The scheme, which will start in April, is the first of its kind in the county, and is part of bigger plans to make Britain’s roads cleaner.

The LitterCam will provide the council with footage and photos of number plates of the offending party. The evidence, once verified, will be forwarded to the Driver and Vehicle Licensing Agency and a penalty notice will be sent through the post. Fines begin at £90 and rise to £120 if unpaid after 15 days.

A recent study released by Highways England shows that around 200,000 bags of litter are removed from England’s roads every year but very few offenders are caught and handed a fine.

Derek Mortimer, chairman of the communities, housing and environment committee, said: "It takes years for a cigarette butt to degrade, so we are saving the planet one step at a time."

If successful, LitterCams could be rolled out across the UK.