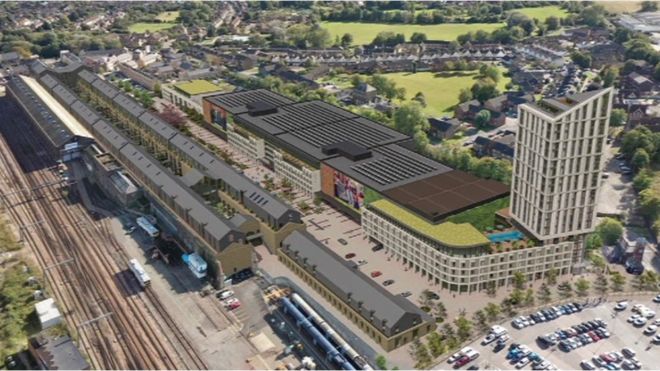 Ashford borough council has approved plans to build a film studio near Ashford International on Wednesday. The studio is hoped to help establish the town as a key UK hub for creative industries and attract streaming giants, including Amazon and Netflix.

Council leader Gerry Clarkson said that the development would be "one of the most important economic drivers for the borough in the next few years."

He added: "These exciting proposals involve finding a new use for one of the longest listed buildings in the country, which is of significant historical value but has been left to decay."

Plans for Ashford International Studios include four studies, a hotel, apartments, conference facilities and a space for a film school. It is due to open in 2022.