Kick These 5 Driving Myths To The Kerb 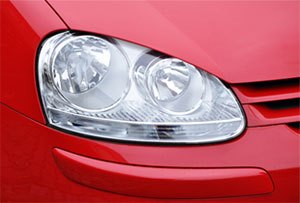 Some of them used to be true but technology overtook them; some were nonsense from the start. Ignore the following 5 car-related myths in future.

Howsoever they are propagated, motoring myths persist. They ignore the fact that technology has moved on a bit from your dad’s day and his dad’s day, or that blokes in pubs will tell stories based more on wistful fantasy than actual recorded experience. They’re hard to pin down and eradicate; so as ammunition, may we present five definite myths that you should henceforth shoot down.

Big Cars Are Safer Than Small

The reason there are so many SUVs out there, but unfortunately a statement both true and false. Yes, if someone else hits you, the size, airbags and crumple zones of a larger vehicle protect you better; it’s certainly safer for you.

However, if you are driving an SUV recklessly or while intoxicated, or mechanical failure causes you to lose control, larger cars are much more dangerous to everyone around you. An out-of-control SUV is capable of much more mayhem than a compact; greater weight means greater momentum.

Probably true in grandpa’s day; automatic transmissions started out as much bigger fuel hogs than a careful manual gear shifter. But the technology has been improving every decade, and there have been a lot of decades.

Nowadays, you need to be a careful and attuned manual driver indeed to beat a computer that is analysing power trains, torque, gradient, load and myriad other factors in real time to fine-tune the engine accordingly. CVT trains and automatics with more than eight gears now outperform most manual drivers in fuel consumption.

Again, this was best practice decades ago, but both engines and motor oils have evolved a bit since then. Most modern cars can go 12,000-16,000km between services these days; some can manage more than 20,000km.

Check your manual for your car’s recommended service intervals just like you’d check for winning numbers when playing at the best Canadian Bingo sites.

Less Than 10 Over The Limit’s OK

Whether a country uses miles or kilometres, there’s a persistent myth that 10-per-hour over the speed limit is the grace gap universally honoured by traffic police. “You can’t get stopped less than 10mph over the limit,” is a common refrain.

Another story that may have been true when police radar and car speedometers were both unreliable, but not necessarily the case anymore. It’s best to stick strictly to the limit if you don’t want grief or are not in an area that allows for high speeds.

Using hands-free devices to talk on mobile phones while driving is certainly safer than holding a phone to your ear, but “safer” and “safe” are not quite the same thing. It is trying to focus on two things at once that makes the practice hazardous.

Whether you link the phone to your sound system or wear a hands-free earpiece, studies show that talking on the phone distracts you from the multitasking already required for driving, which increases your risk of an accident.