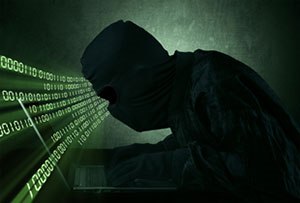 It remains a fact that over a couple of decades, beginning from the early 90s till now, computers became an important part of our everyday lives.

While computers furnish us with a lot of advantages like increased productivity, there exists a possibility that the use of computers may create serious problems. Because of this distinct possibility, learning about computer crimes is vital. From white-collar criminals to terrorist organizations, the new generation is growing up with computers by their side all the time (for either study or business). Most importantly, monetary transactions are moving on the internet.

Due to the criminal activities that involve the use of information technology to obtain illegal or unauthorized access to a computer system with malicious intent, many companies and organizations have sustained losses in millions. Computer crimes do not necessarily result in damage to physical property. Rather they include handling confidential data and critical information. Take the example of current COVID-19 situation, some people are taking advantage of this situation by spreading malicious content through their scam websites. Fortunately, companies like ProPrivacy have created a scam website checker tool that informs about sites spreading disinformation and malicious content.

Due to these crimes, the privacy of people is hampered and violated. These criminal activities involve the violation of privacy rights and information. We need to learn about the most common types of piracy to stay safe online. Let’s discuss them one by one briefly:

Counterfeiting and distribution of software after illegally copying it from the original software comes under the ambit of software piracy. Moreover, illegal downloads or uploading such content on the internet also falls under this category. Software piracy costs manufacturers to sustain heavy losses, and despite strict punitive action taken by different governments, such activities are on a rise.

This is a result of the activity when users reproduce additional copies of certain content or a software program without prior authorization from the distributor.

This kind of piracy takes place when a retailer makes multiple copies of a software program without authorization. They sell counterfeit versions of software to multiple customers; a clear indication of such pirated software is the same serial number, nonmatching documents, and incomplete set.

This poses the most serious threat to e-commerce; websites offering free software or internet auction sites that offer infringing copyright software are few of the examples. Such entities also deprive thousands of people of their earnings, as the prices are enticing enough to entrap anyone. Here are a few of their preferred methods.

The hackers would manipulate the victim’s bank to add a certain trivial amount to debit. This amount is normally so less that the victim wouldn’t even notice. This amount would then be credited to the hacker’s account. Interestingly, a bank with an unsophisticated system wouldn’t be able to detect the breach. You must have to be vigilant against such attacks.

We will add more to this subject in the upcoming posts, so stay tuned!