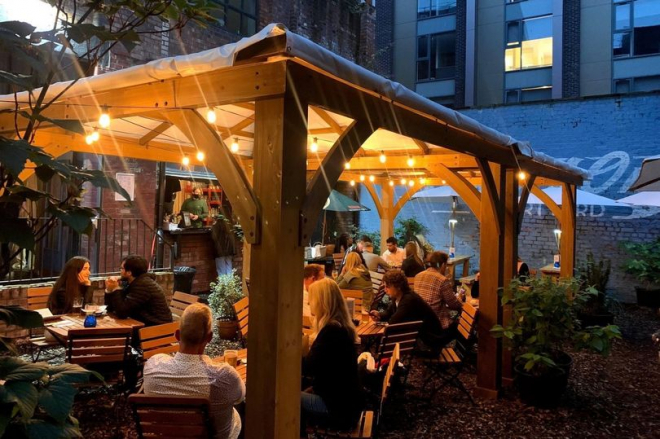 Phase One in Liverpool to finally open next month following an 8-week refurbishment.

Phase One Liverpool has announced that it will open its door to the public next month following an 8-week refurbishment.

Located on Seel Street, the venue is home to Jaracanda Records and features a bar with a "more mature" drinking environment.

The idea originally started as a pop-up in 2018 to expand the record shop above The Jacaranda, one of the city's iconic music venues. It has since been transformed into a "grown-up" space with the record store making a permanent return under the new leadership of a local DJ, Namina Koroma.

Owner Graham Stanley says of Phase One: “We realised over sit down drinking that actually, whilst people didn’t like the restrictions that were still in place, they liked the experience of not having to get up and go to the bar.

“What we are creating now at Phase One is grown up drinking, where you can have conversations with your friends and family but still enjoy some great live music at a volume that doesn’t overwhelm everything else that is going on.

“I remember how intimidating record stores could be when I was a teenager, I wanted to create one that made music buying feel open to all. Somewhere that was bright and airy and you don’t feel you are being judged for buying Britney or Little Mix and not the obscure third album of an artist that only 10 people have heard of.