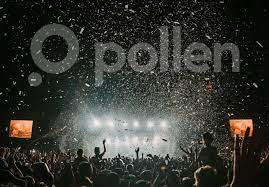 The company entered administration after failing to find a buyer.

The company, which received funding via the government's Future Fund, had been seeking a buyer for the whole business. Its parent company, StreetTeam Software Limited has confirmed that it is "appointing administrators to restructure after we were not able to sell the company in its entirety".

Pollen, which was founded in 2014, was able to raise £124m in funding in Series C funding in April. However, it struggled to pay its employees, operators and customer refunds for canceled events.

Founders Callum and Liam Negus-Fancey said that the company had been blighted by Covid-19 restrictions globally and the more recent economic downturn.

According to Crunchbase, Pollen has received a total of $238.5m (£197.3m) to date. Backers include the likes of Kindred, Northzone, Sienna Capital and Rishi Sunak’s Future Fund.